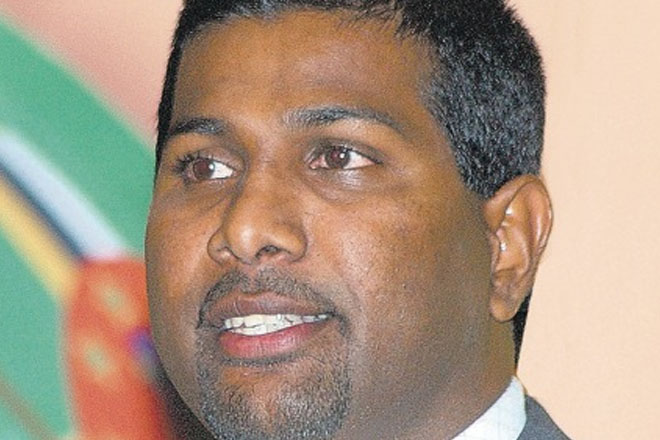 TTCB President Azim Bassarath and former Trinidad and Tobago Red Force Manager Manohar Ramsaran have both blasted Ramnarine after he told the Daily Express that he was confused by TTCB’s stance on Ramdin’s removal.

Ramdin was axed as Test captain after just 15 months in charge and replaced by One Day skipper Jason Holder ahead of their tour of Sri Lanka.

“It is unethical and highly irresponsible to be a member of an organisation and run to the media and air your views when there are processes within the organisation to have your complaints and concerns properly addressed,” said Ramsaran, who also suggested that Ramnarine should have tendered his resignation before going public with his baseless comments.

“It was under his watch that regional cricket was made a laughing stock, and while he advocated a militant approach to resolving players’ issues, the fortunes of the team hit rock bottom and are yet to recover.”

Ramnarine is an ordinary board member of the TTCB, who was replaced last year as WIPA president by Jamaican Wavell Hinds.

Meanwhile, Bassarath has lashed out at Ramnarine saying the former WIPA president was terrible during his time at the helm of the organisation.

“Ramnarine must tell the national community if there has been audited financial reports during the decade when he was WIPA president, as the answer will indicate the type of governance he presided over,” said Bassarath.

“While our good friend has chosen to gripe and snipe, we have a sacred duty to put the nation’s cricketers first ahead of personal agendas and self-promotion, and we have been reaping the rich rewards of our efforts on the field of play at all levels”.

Ramdin’s sacking has been the subject of widespread debate around the region, drawing fire in some quarters including from the TTCB president, Azim Bassarath, and former West Indies Manager Omar Khan.