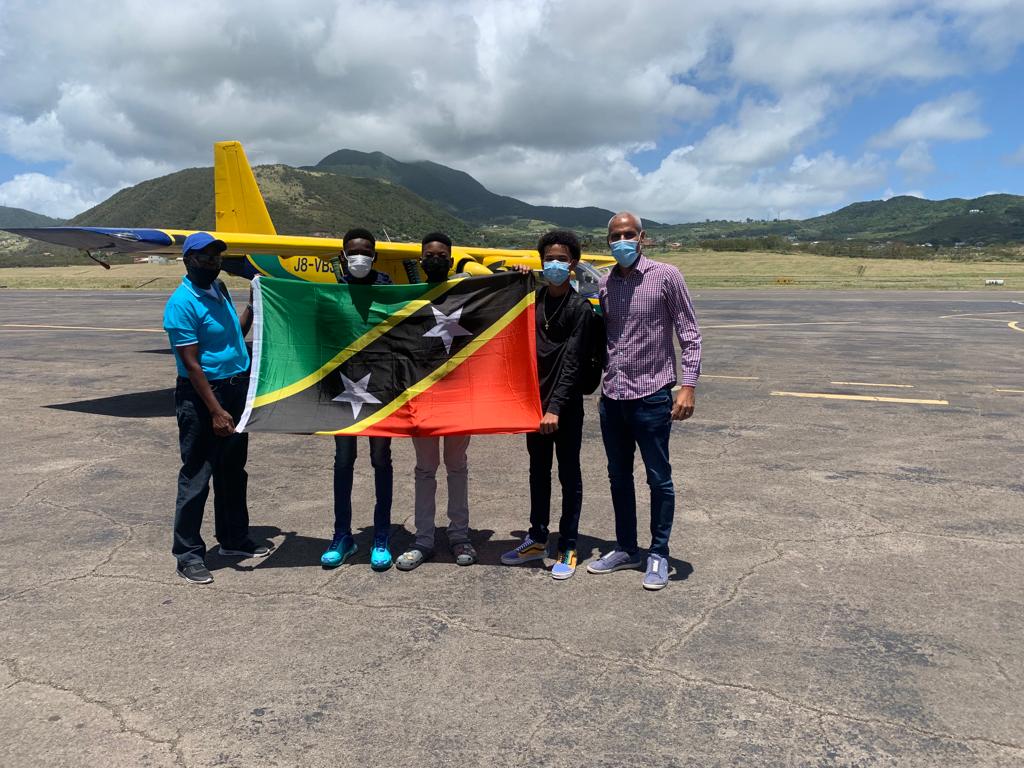 Led by National Coach Ludis Saddler, the team is made up of Matthew Owen, Khalil Burroughs and National and Regional Junior Champion Dannielson Lybert. They departed the Federation today (Apr. 15).

Over the last several weeks, the three players have been training for the regional competition.

The journey to Bridgetown forms part of the SKNTA’s push for more exposure for local players to enhance their skill sets in a competitive environment.

Despite the challenges posed by the COVID-19 pandemic, the Tennis Association has been working around the clock to ensure that the juniors remain active.

Watkins Chiverton, President of the Sty. Kitts-Nevis Tennis Association underscored the importance of providing the young players a pathway for them to harness their skills to reach the top professionally.

“Competing in Barbados provides the necessary exposure for these young players that they would not be able to gain in St. Kitts and Nevis. We have been working since 2017 to provide more opportunities for our young players to compete regionally and internationally, and this is another opportunity. We already had success in the region when Danielson won in Antigua. So that highlights that we are making progress,” noted Chiverton as he watched the young players train.

The local association has already provided opportunities to several players to compete internationally on home soil with the staging of the Liamuiga J5 Tournament in the Federation in 2019.

That means that the three players will transition to compete and test their fortitude against the world’s best when they descend on the Federation for two weeks later this year.

“By staging the international tournament in the Federation, players like Owen, Lybert and Burroughs have the opportunity to gain the all-important ranking points that they can travel and compete across the globe. It will also provide them with the opportunity to make their claim for colleges in the United States. But at this point, we want to give them the necessary exposure because they are still in the young age group where they are slowly breaking out into the world,” Chiverton said.

The SKNTA President thanked the Department of Sports, SKNOC, RAMS, Island Flavours Inc, Digicel, National Bank, Next Generation Lab, The Cable, National Caribbean Insurance, Avalon Medical laboratory and NAGICO Insurances for their partnership in the development of junior tennis in St. Kitts and Nevis. The parents of the children were also recognized for allowing them the flag of St. Kitts and Nevis in Barbados.