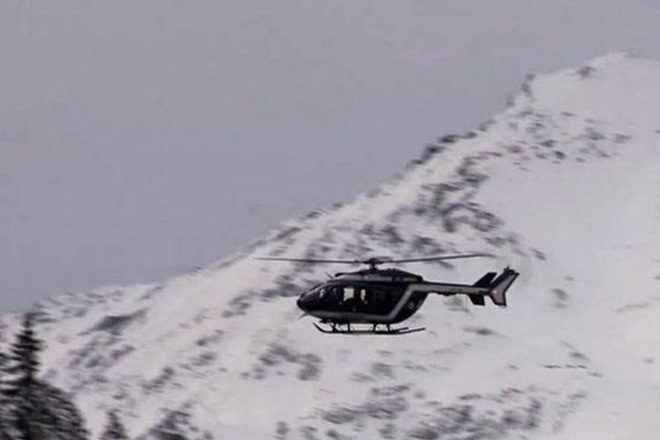 (BBC) Five French Foreign Legionnaires have been killed and six injured in an avalanche while on a training exercise in the Alps, officials say.

The avalanche came down close to Valfrejus, not far from the Italian border, where some 50 soldiers were training off-piste.

Search dogs and helicopters immediately began looking for the soldiers.

Last week, two school pupils and a Ukrainian tourist were killed by an avalanche nearby.

A teacher is under investigation for manslaughter after he apparently led his pupils on to a closed ski run shortly before the avalanche in Les Deux Alpes, 124km (80 miles) away from Valfrejus.

Heavy snow has fallen in the Savoie region recently.

About 10 of the military team were immediately found by rescuers – but five had gone into cardiac arrest, and died.

The soldiers were members of the 2nd Foreign Engineer Regiment based at Saint-Christol in southern France. They had been training at France’s national centre for mountain warfare at Modane.

The French Foreign Legion was set up in the 19th Century for foreign nationals to serve in the French armed forces, although it is also open to French citizens.

The nationalities of the victims were not immediately known.

All the soldiers taking part in the exercises had avalanche detection kits, and rescuers were on the scene within minutes, reports said.

Two of those found by rescuers were taken to hospital suffering from hypothermia.

“We’re still trying to carry out the rescue and trying to count everyone in the area, to know if we still have people there who’ve been buried.”

Police in Lyon are expected to handle the investigation into the accident and Defence Minister Jean-Yves Le Drian will visit the scene on Tuesday.

Prime Minister Manuel Valls said his thoughts were with “the injured, families, brothers in arms”.

In 2012, an avalanche swept away five members of the 2nd Foreign Engineer Regiment, killing one, the AFP news agency reported.