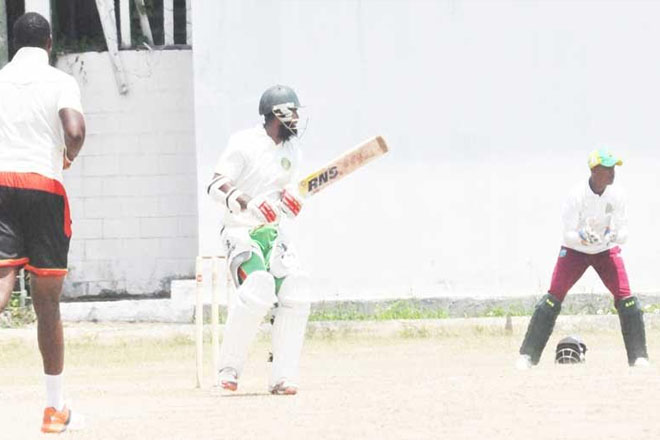 Georgetown, Guyana — A well constructed 55 from West Indies Test left-hander Assad Fudadin and three wickets from off-spinning all-rounder Steven Jacobs were the highlights on the opening day of the third Simulation match at Bourda yesterday as the Guyana Jaguars continued preparations for next month’s second edition of the WICB first –class Professional Cricket League.

Guyana Jaguars begin their title defense from November 6 when they face the Windward Islands Volcanoes and yesterday, on another steaming hot day in Georgetown the local Franchise team, which includes the Barbadian pair of Raymond Reifer and Jevon Searles, intensified the match-awareness skills.

At a venue where GCC’s flag was flown at half-mast in respect of the GCC, Guyana and West Indies batsman Stephen Comacho who died in Antigua last week, Leon Johnson’s X1 reached 113-4 from 40 overs at the close against Vishaul Singh’s X1. Shiv Chanderpaul (14) and Anthony Bramble (2) are the undefeated batsmen.

On a track with variable bounce and a fast outfield, Fudadin and Johnson put together 64 from 110 minutes after West Indies under-19 opener Shemron Hetymer had his stumps scattered with the third ball of the day from West Indies ‘A’ team pacer Ronsford Beaton without a run on the board.

Singh rotated his three fast bowlers (Beaton, Keon Joseph and Reifer) for the first hour and 45 minutes before Test left-spinner Veerasammy Permaul and Jacobs were introduced. Beaton and Joseph bowled with lively pace and good control on the placid pitch although Joseph was guilty of not making Fudadin play more at balls outside his off-stump.

Fudadin only played at balls he had to, early in his innings but once Joseph bowled on the stumps the Berbician left-hander got going with a delightful cover drive for four. The 30-year-old Fudadin has played three Tests and favored the front foot drive though cover.

He stroked Joseph gloriously to the cover boundary when he was switched to the Northern end to suggest that he had returned to top form. Johnson, one of four left-handers in the top five, played the supporting and grew in confidence as his innings progressed. He tucked Reifer neatly behind square for twos as the partnership flourished with the pair not taking any undue risks as they batted sensibly.