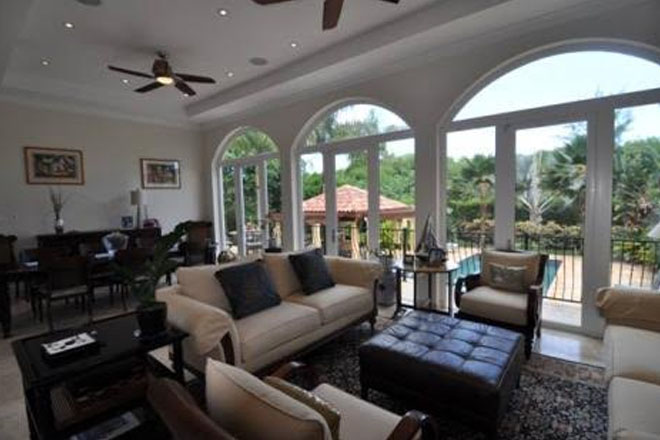 Miami, USA — Apparently Canadian financial adviser, Ryan Bateman, of Bateman Capital and B & Capital Ltd, who has been on the run from Caymanian justice since 2014, is quietly attempting to sell his luxurious multi-million dollar home in the Cayman Islands while on the lam.

The five-bedroom home, in pricey South Sound, and located at 51 Mary Read Crescent, has been both offered for sale at now only $1.8 million (reduced from $2.1 million for a quick sale), or for rent at only $11,000 per month.

However, prospective purchasers might want to think twice before making an offer with a deposit, for credible sources in Grand Cayman say that he used money placed with him for investment to acquire the property.

He allegedly co-mingled funds of Canadian investors, and placed the money in his own accounts. The investors were told that their money had been safely deposited in accounts, in their own names. Therefore, Bateman’s exposure is not just for the pending criminal case, but for breach of fiduciary duty, conversion, and fraud.

Considering that Canadian or Caymanian courts could order the property seized and forfeited to repay any investors who sustained monetary losses, it may not be a good idea to consider purchasing this home and any individual who acquires the property at this point may do so at his peril.