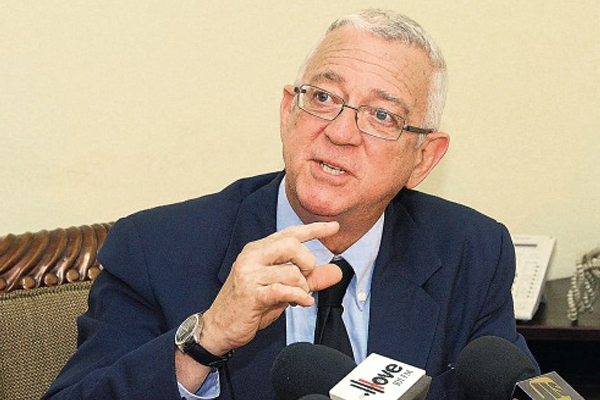 Ganja not for schoolchildren, Thwaites warns

Kingston, Jamaica — “Ganja is not for schoolchildren and smoking it is not to be encouraged,” Minister of Education Ronald Thwaites cautioned Parliament yesterday.

Thwaites, speaking in the Sectoral Debate in the House of Representatives on the effective date of new legal measures decriminalising the use of the drug under the Dangerous Drugs Act, said that he was already receiving information of its use by students.

“I got reports from two principals today of students feeling that ganja is now free and that they can now smoke it, and in one case, (the principal) had to take more than one student to a nearby hospital for symptoms of psychosis,” Thwaites said in his contribution to the 2015/16 Sectoral Debate.

The minister admitted that the new development will add to the re-socialisation issues his ministry has to address.

“There are behaviourial and social issues and challenges affecting our children, which cause a major cramp in the educational system,” Thwaites said.

“In order to address these behaviourial problems, the ministry is using various strategies at all levels of the system, under the School Wide Positive Behaviour Intervention and Support (SWPBIS) framework,” he stated.

The minister said that substance use and misuse among adolescents is a major concern to his ministry. He added that, in a number of cases, the schools have resorted to detention, demerits, suspension, and exclusion, but these actions are disrupting the teaching and learning processes.