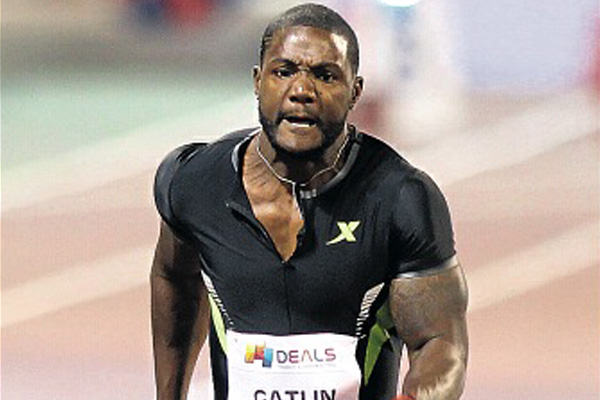 MONTEGO BAY, St James — American Justin Gatlin will run in the men’s 100m at the May 3, Jamaica International invitational (JII) to be held at the National Stadium, it was confirmed yesterday.

A release from the organising committee said the former Olympic Games 100m champion and silver medallist in the straight sprint at last year’s IAAF World Championships in Moscow, Russia, had joined an already impressive list of athletes that had earlier this week confirmed their participation.

Unlike the other 12, however, only Gatlin has so far been confirmed for an event but it is expected that Jamaica’s World Championships bronze medallist Nesta Carter may line up against Gatlin.

The release also announced that the meet, which is an IAAF World Challenge-designated event, would be launched at a press conference set for the Hilton Kingston next Friday morning.