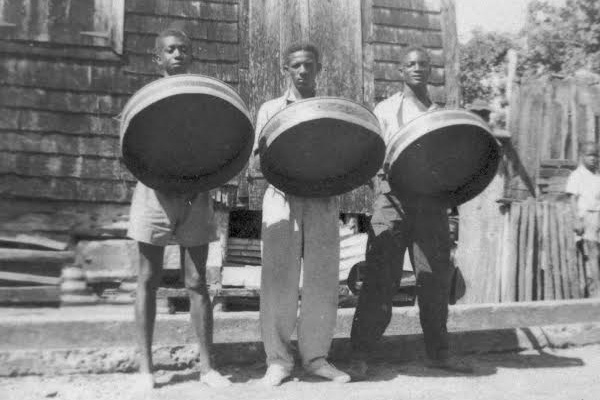 Gems of the Archives Chronicles Development of Federation

Basseterre, St. Kitts (SKNIS) — Gems of the Archives historically chronicles the development of the Federation by providing proof that St. Kitts and Nevis has achieved much since the Abolition of Slavery.

Previous Gems included pictures of certain historical figures (including groups), landmarks, as well as documentation such as the construction of a hotel in Nevis and issues experienced by a planter residing in Nevis. The information housed in the Archives covers St. Kitts and Nevis and in some instances Anguilla because of the historical ties to that territory.

Mrs. O’Flaherty emphasized that the information stored in the Archives is valuable.

“It’s showing that we have a history that’s worth exploring,” she stressed. “It’s showing the ups and downs of Kittitian-Nevisian society and how people have managed to survive – that gives us more than national pride, I think. The Archives documents an experience of survival that’s amazing in many ways because it shows the difficulties that people went through as the sugar industry declined, trying to find work, to stay employed trying to feed their families.”

The Archivist noted that it was very important to recall these experiences.

“We know very little about that [the struggle to survive] these days’ there’s a social cushion, through social security and through social services – those organisations never existed in those days – if that isn’t a reason for national pride, then I don’t know what is.” Mrs. O’Flaherty underscored. “There was a case that appeared before a Stipendiary Magistrate from the 1820s where a woman was being told off because she kept leaving work to look after a sick child, the planter said she should have her mother do that. The fact is that she had no other way of looking after a sick child; the medical services weren’t good enough and there were no childcare facilities.”

Archivist O’Flaherty stated that the Gems of the Archives had achieved its purpose of demonstrating that the St. Kitts and Nevis National Archives stores historical material that is worth preserving.

“The objective has been achieved to a certain extent,” National Archivist O’Flaherty explained. “It has made a lot of people aware of what we [National Archives] have – a lot of them did not know. I’m hoping that it’s made the right impact in the right places.” The Archivist stated, noting that the National Archives has been hoping for a building dedicated to the housing of the artifacts for some time.

“People seem to like it [Gems],” the Archivist revealed. “They stop me in the street and tell me that they enjoy getting them. I’ve had requests from friends of people who get them to be added to the list. I’ve had comments coming back from people saying that they enjoy them or that this is the information that they had about a certain aspect of the item especially when it comes to photographs. When we send out things like lists we also get a response because people love to see their surname there and they like the idea that they can connect their family to a particular area and so on. We’ve had very good response from Kittitians in St. Kitts and abroad.”

The regional response was positive when Mrs. O’Flaherty shared the Gems of the Archives concept with CARBICA (the Caribbean Archives Association).

“Our target was to do it for a year and see what happens,” Mrs. O’Flaherty revealed. “The response has been so good that we want to continue it. However, we’ve decided to reduce it so that we can devote as much time as possible to cataloguing and that way we could also discover more material that can be used as Gems, which will be disseminated in less frequent doses.”

When asked about the story behind the last Gem, which was a list of workers from St. Kitts and Antigua who had journeyed to the Dominican Republic seeking work in the cane fields, the Archivist explained that this was a rare instance of documented migration. Previously Archives had not been able to find documentation of people coming and leaving St. Kitts and Nevis. This was the case even after a thorough search of the former Treasury Building before its conversion into the National Museum. This structure had been a primary port of entry into Basseterre.

The Archivist revealed that there is a possibility that such proof of migration might be stored by the Royal St. Christopher and Nevis Police Force.

“We did get some interesting material from them [Police] for people who were part of the Leeward Islands Police Force,” Mrs. O’Flaherty said, expressing the desire to preserve more artifacts once storage capacity was increased. “But the general migration records have been very scarce, we found the ones on the cane cutters by accident. The list showed people leaving as well as Dominicanos who had come here and were returning and others who were going as families.”