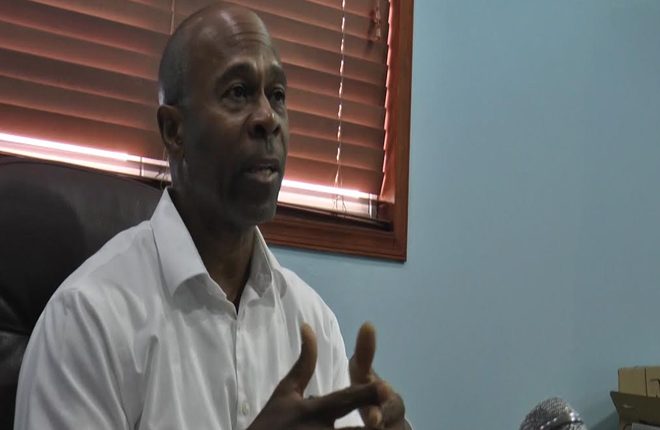 After much speculation, conflicting statements and sights of long lines caused by malfunctioning vehicles, General Manager of Sol EC Ltd St. Kitts, Roger Brathwaite spoke with ZIZ to clear the air about the recent gas dilemma.

He said it all began when he received a phone call on Monday from Frisco’s Owner, Mr. Sylvester Fraser.

“On Monday I got a call just before 7 pm from Mr. Fraser saying that he’d been alerted to some problems that customers were having at the station after they recently filled up and that some vehicles had stalled alongside the road. We then arranged to meet at the site and it was related to customers who had filled up between 6 and 6:50 pm that day”, he stated.

Brathwaite confirmed that the gasoline did in fact contain water.

“We were also then investigating and we were able to confirm that yes it was water at the station at the pumps. The lines were then flushed, the filters were cleaned and then the next day a fresh delivery of gasoline was delivered to the station and the station was able to open”, he added.

The General Manager said in efforts to clear the air, it was necessary for persons to understand what lead to the petrol error.

“What lead to this…our investigations revealed that there was a section of pipeline here at the depot which was changed out and that pipeline before it could be placed back into service, the wells had to be pressure tested and to do that you fill the lines with water. You then pressure test it and the lines were drained and vacuumed out. It appeared that a quantity of water still remained in the line and the first delivery that we made that Monday was to Frisco and that ended up in the gasoline that went to that site,” Brathwaite explained.

He said the gas station did everything in its power to fix the problem and please its customers.

“A number of the customers were on the forecourt so we met with them. We explained that for any of them whose cars that had broken down on the side of the road, we would immediately make arrangements to have their vehicles towed back to the station or to their dealership if that is what they wanted. Those who also needed to get home, we said that we would arrange car rentals for them and that we did. We are very sorry and we apologize to all of our customers involved for the inconvenience that it caused them. It is something that should not have happened but we are glad that we were able to catch it quickly and were able to remedy the situation,” he expressed.

General Manager Brathwaite said that SOL takes product quality very seriously and will ensure that all precautions are taken to avoid a recurrence.