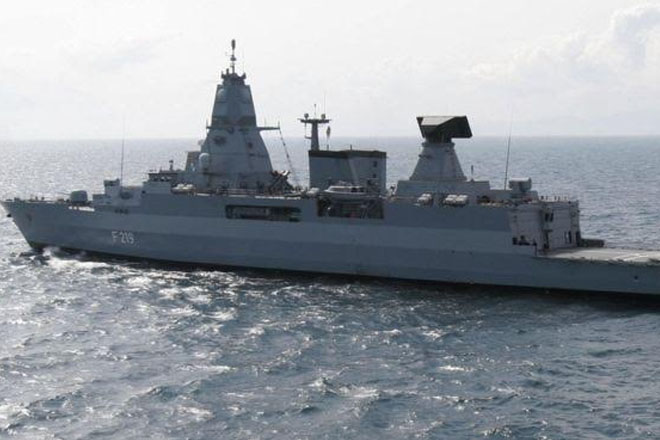 (BBC) The German cabinet has backed plans for military support in the fight against Islamic State (IS) militants in Syria.

Tornado reconnaissance aircraft, a naval frigate and a 1,200-strong force will be sent to the region under the proposals – expected to go for a parliament vote as early as Wednesday.

Germany decided to join the fight against IS after an appeal by French President Francois Hollande in the wake of the 13 November Paris attacks.

Its forces will not engage in combat.

MPs are expected to back the mission, which would become Germany’s biggest current military operation abroad.

A debate and vote on the UK’s involvement in fighting IS in Syria are due in the British parliament on Wednesday.

The Bundestag (lower house) will assess the proposals on Wednesday and a vote is expected by the end of the week, reports say.

Foreign Minister Frank-Walter Steinmeier told Bild newspaper before Tuesday’s cabinet meeting: “We are doing what is militarily necessary, what we can do best, and what we can back politically. Against an opponent like IS we need plenty of stamina.”

“I’m working on the basis that this fight, if it is taken seriously, will go on for well over 10 years,” the association’s chairman Andre Wuestner told German TV.

Green Party chairwoman Simone Peter was concerned about the legal basis for the mission without a UN resolution: “This deployment also has no political goal, no political concept and that’s why it’s irresponsible.”

BBC Berlin correspondent Jenny Hill says Germans have concerns about mission creep and many MPs say backing the measures will give them political “Bauchschmerzen” [stomach ache].

The mandate will initially last a year and will cost €134m (£94m; $142m). It will involve Tornado reconnaissance jets, refuelling aircraft and the naval frigate Sachsen, which will help support the French aircraft carrier Charles de Gaulle in the eastern Mediterranean.

An opinion poll published on Tuesday revealed German disquiet about involvement in a mission against IS. According to the YouGov poll for the DPA news agency, 71% believed it would raise the threat of attack in Germany.

However 45% of Germans questioned backed military involvement and 39% were opposed.

Until now, Germany’s biggest foreign mission has been in Afghanistan, but that has gradually wound down to a force of just under 1,000.

Some 700 German soldiers are also part of the Nato-led K-For operation to stabilise Kosovo.