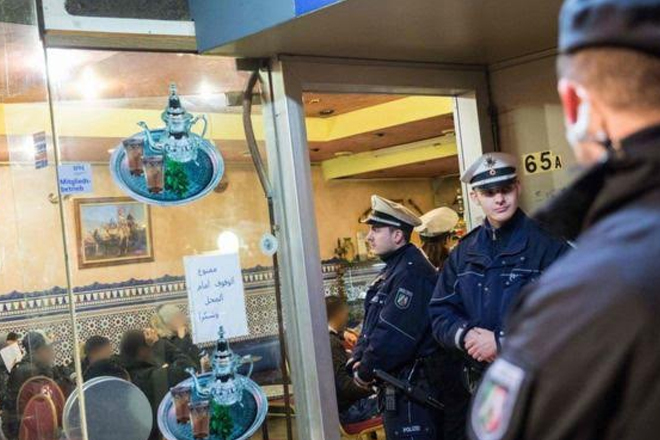 Vice Chancellor Sigmar Gabriel said he was sending that message to North African leaders. Migrants from North Africa were blamed for many attacks on women in Cologne on New Year’s Eve.

Germany may soon list Algeria and Morocco as “safe countries of origin”.

Police in the city, about 50km (30 miles) from Cologne, targeted North African gangs suspected of pickpocketing, mugging and drugs offences.

Nearly 300 people had their documents checked during the six-hour police operation, focused on the “Maghreb” quarter near the main railway station.

Police stressed that the operation was not connected to the Cologne New Year crimes, more than half of which were sexual assaults.

The Cologne authorities and federal government have come under intense pressure to adopt a tougher approach towards failed asylum seekers, after it emerged that many North Africans had systematically targeted women on New Year’s Eve.

Last week police said 13 of the 19 suspects identified after the Cologne crimes were Moroccan.

In December, Germany saw a rise in the number of asylum seekers from Algeria and Morocco. The German Interior Ministry said the combined figure for both countries was well below 1,000 in June, but in December nearly 2,300 arrived from Algeria and nearly 2,900 from Morocco.

But most asylum claims from Algerians and Moroccans are rejected.

In a drive to tighten the rules, the German government has expanded its list of “safe countries of origin”, to include West Balkan countries – Albania, Bosnia-Herzegovina, Kosovo, Macedonia, Montenegro and Serbia.

That designation gives the government firmer legal grounds for deporting migrants from those countries. International law recognises the right to asylum for those who face a threat of persecution or death in their homeland.

Chancellor Angela Merkel’s Christian Democrats (CDU) and their Bavarian CSU allies now argue that Algeria and Morocco should also be listed as “safe countries of origin”.

Vice Chancellor Gabriel’s Social Democrats (SPD) – coalition partners with the CDU/CSU – are open to that proposal. But a leading SPD politician, Burkhard Lischka, said it was more important to speed up the processing of asylum claims.

In many cases it takes more than a year for the authorities to decide whether to accept or reject an asylum claim.

About 1.1 million migrants reached Germany last year – a record number, putting great strain on local authorities to accommodate them. About 40% are Syrians, fleeing the country’s civil war. The numbers from war-ravaged Afghanistan and Iraq are also greater than from Algeria and Morocco.

The migrant surge has bolstered support for right-wing Pegida and other anti-immigration groups.

Mr Gabriel said the priority was now to reduce the flow of migrants, “get the numbers down and secure the EU’s external borders”.

Speaking on ARD television, he said the government’s message to Algeria and Morocco was that “Germany is ready to help with development, but only if the governments are ready to take back citizens who have no grounds for asylum in Germany”.

“You can’t receive development aid and not accept your own citizens back when they have no right to asylum,” he said.

Usually the authorities in a migrant’s home country demand clear evidence of his/her identity – but in many cases the migrant’s passport or other ID is missing. Another complication is the migration route, as the migrant will often have spent a long time in a third country, and may have worked there.