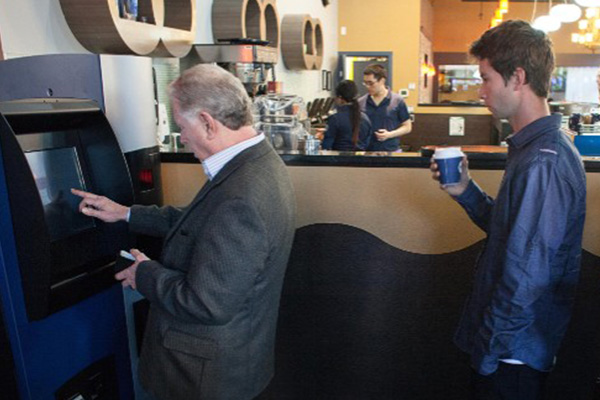 Get your Bitcoin in cash: World’s second Bitcoin ATM to open in Hong Kong

Hong Kong (CNN) — The world’s second Bitcoin ATM is due to land in Hong Kong by the end of this month, according to U.S. based software company Robocoin.

The machine, available for sale to individual operators such as banks and private entrepreneurs, allows users to buy or sell Bitcoin in just a few minutes.

The process should be much faster than setting up an account on an exchange or via mobile apps and computers which could take a few days for account verification.

The advent of Bitcoin ATMs is seen as a step towards bringing the digital currency into the real world.

“It removes all the pain and barriers of entry to buying Bitcoin on an online exchange,” said Robocoin chief executive Jordan Kelley.

“Our goal as a company is to make the acquisition truly grandma friendly,” he added.

The virtual currency has generated lots of media attention in China where investors have helped drive the price up to dramatic highs above $1,000.

“I think we’re going to unleash the power of Bitcoin. It opens a virtual money portal where people can send money to and from,” said Kelley.

This is how it works:

Customers must choose to either buy or sell Bitcoin.

Let’s say you want to make a withdrawal from your Bitcoin wallet. After choosing an amount of cash you’d like to withdraw, the software installed in the ATM generates a code which you have to scan with your smartphone.

Following a confirmation from the Bitcoin network to your phone, you can then scan the code on the receipt at the kiosk, which then prompts the ATM to spit out the allotted amount of cash.

The machine is also equipped with a hand scanner that creates a biometric authenticated identity as an anti-money laundering measure.

Casper Cheng Tsz Chun, a Hong Kong Bitcoin enthusiast, said the ATM would work a bit like a vending machine “for buying and selling virtual goods (Bitcoin) instead of physical goods like a can of soda.”