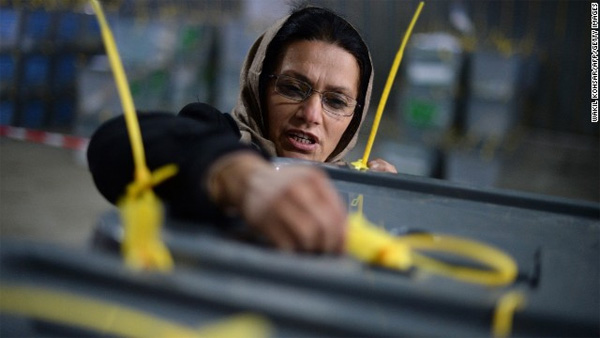 Kabul, Afghanistan (CNN) — Ashraf Ghani might be on the verge of a comeback in his bid for the Afghan presidency, a preliminary count of last month’s runoff election shows.

The former Afghan finance minister leads former Foreign Minister Abdullah Abdullah in the June runoff — a reversal of where the two stood in the April general election — according to preliminary results released Monday by election officials.

Ghani — a former U.S. citizen who gave up his passport to run for the Afghan presidency in 2009 elections — now has 56.44% of the runoff vote, while Abdullah has 43.56%, Afghanistan’s Independent Elections Commission said, citing preliminary results.

The commission stressed the final result would be announced July 22, and that the preliminary results aren’t necessarily indicative of the outcome.

In April’s election, Abdullah secured 45% of the vote and Ghani was second with 31.6%. A runoff was required because no one had more than 50%.