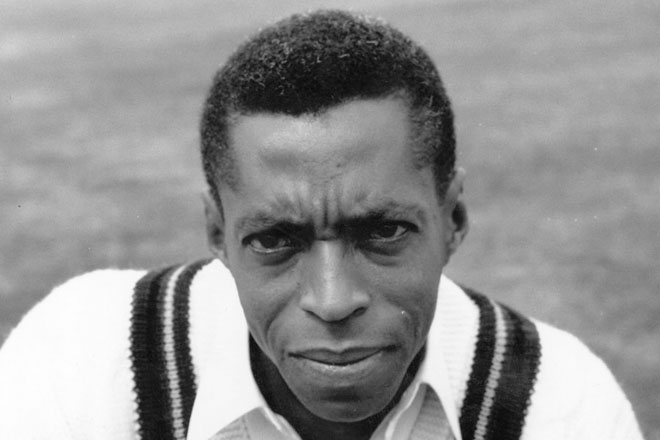 Port of Spain, Trinidad — Legendary West Indies off-spinner Lance Gibbs wants to see slow bowlers in the region play on better pitches and is encouraging upcoming spinners to seek out his knowledge of the art of spin bowling.

Speaking from his residence in Miami, the 80-year-old was articulating his thoughts on the state of spin bowling in the Caribbean and the recent news that Sunil Narine has opted not to play Test cricket currently due to slight concerns over his remodeled action.

For much of the last decade, spin bowlers generally are the leading wicket-takers in West Indies domestic cricket – but only Narine, Devendra Bishoo and Shane Shillingford (before he was called for chucking) have had an impact at international level.

The revolving door has continued with Chairman of Selectors Clive Lloyd, who happens to be a cousin of Gibbs, giving Barbadian Jomel Warrican a call-up for the Sri Lanka tour.

“I believe the wickets in domestic cricket are too under-prepared and spinners are being made to look better than they are”, stated Gibbs who was once Test cricket’s leading wicket-taker with 309 wickets in 79 Tests.

“In my day for example when we played in Barbados or Guyana, spinners had to work hard for their wickets, because they were very good batting surfaces.

“The wickets in Guyana now and at times in Trinidad turn too excessively, which is not helping in proper development of spinners or batsmen and their ability to play spin.” Gibbs also questioned some of the bowling techniques of domestic spinners.

“When I was thought to bowl spin, it was to be done with a high arm action and delivering the ball at shoulder length where you literally would touch your ear.

This is one of the reasons why I believe those three (Narine, Bishoo and Shillingford) have had success (International).

He continued: “Other slow bowlers in the region I don’t see this and it’s a big handicap for them because a high arm action allows a spinners to get bounce, which is key to troubling batsmen at the highest level.

On Narine, he dismissed suggestions by some that the 27-yearold is only good enough in the shorter formats.

“I might suggest Narine should stop bowling the doosra or any other deliveries that may complicate his action and just focus of perfecting the offbreak and other line variations, because in my time spinners didn’t bowl that delivery.

“But Narine is certainly good enough to be an equal threat in Tests whenever he feels confident enough in his action to play that format again.

I see no reason why he can’t replicate his white ball cricket form.

The well-spoken Gibbs also queried why to date why his expertise hasn’t been solicited, especially when Australia’s off-spinner Nathan Lyon and Omari Banks did so in the past.

“I have been through the mill and I believe I have sufficient knowledge to advise any young spinner, especially those in the Caribbean.

When I was playing and toured India, I would talk to fellow and established off-spinners such as Ghulam Ahmed (India, deceased), Ian Johnson (Australia) and Ray Illingworth and David Allen (England).

He closed by imploring Narine and other Caribbean spinners to pick his brain.

“I did this because I wanted to perfect my craft when I went onto the field and it aided me.

When Australia came in 2012, Nathan Lyon asked me for advice and one time Omari Banks came to my home in Miami for guidance.

“So if you in the media can call me, I hope our current spinners would do the same.”