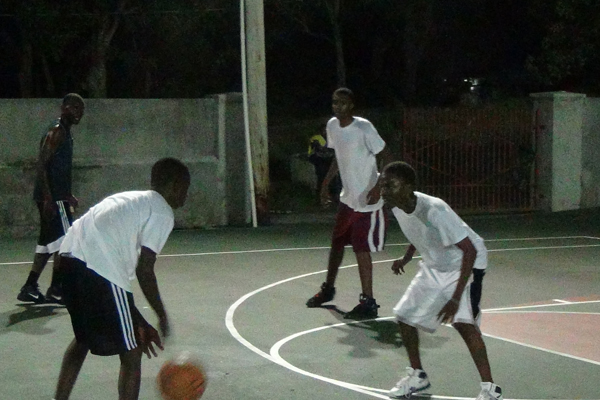 (Sports Page) The scoreline does not give a true indication as to the intensity of the game, but the small crowd on hand, was highly entertained.

This as the action in the Dynamics Sports Club Netball and Basketball tournament continued on Thursday night.

On the night, the feature was a 3×3 Basketball game between Gingerland Soldiers and Clay Ghaut Lightening.

There were several impressive exchanges. These included a couple of thrilling 3 pointers and a stunning dunk towards the end of the match.

The final score line however was:

Netball and Basketball matches continue at the Old Manor Hard court on the evening of Saturday 12th October.