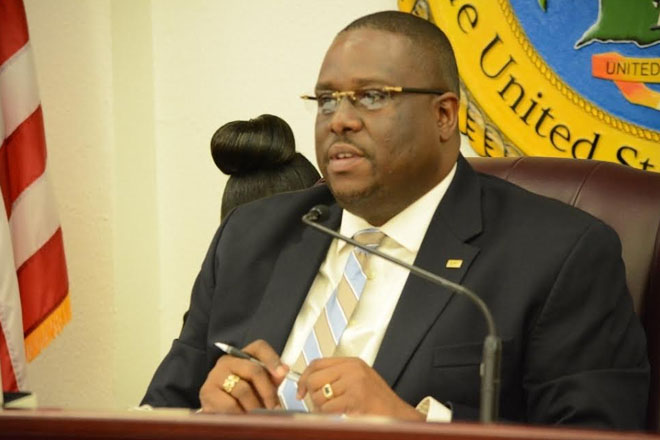 Gittens Says ‘Great Strides’ Being Made In USVI Election Reform

Senator Kenneth Gittens, Chairman of the Committee on Rules and Judiciary (USVI) is advising the general public, through a press release issued on Monday, of upcoming working sessions in the continued series on Election Reform.

“This next session in the series that began in June, will be held on St. Croix, this week at the V.I. Port Authority Administrative Conference Room, located at the Henry E. Rholsen Airport. These very intense working sessions will begin at 9 a.m. each day and we will work throughout the day until 5 p.m.,” said the second-term Democrat.

Mr. Gittens said a lot of tentative changes have been made to the varying sections of Title 18 of the V.I. Code that speaks to the Election System and a number of bill drafts have been submitted to the Legislature’s Office of Legal Counsel for their review and draft.

“We are making great headway as we work to identify the issues and concerns, including ambiguity and contradictions in the current laws, some that have led to the negative impact on our election process. We welcome the public to observe the process as we continue to engage in the various discussions and remind them that public hearings and community meetings will be scheduled at a later date to allow for further participation from the general public,” Gittens added.