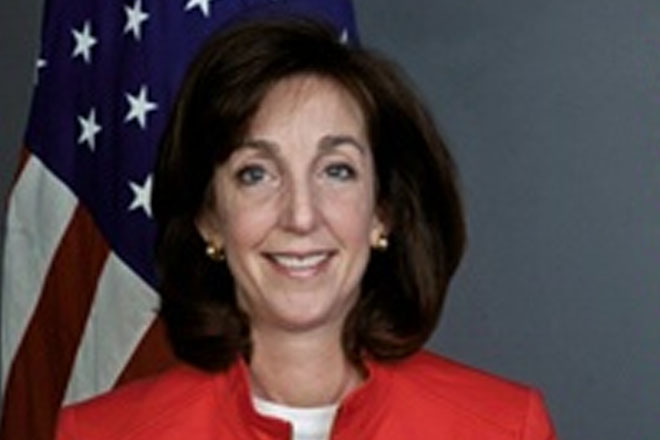 Nassau, Bahamas — A top US official has urged regional governments to adopt greater transparency measures and to bolster “political will” to stem the tide of transnational bribery between government institutions and international companies or entities.

Roberta Jacobson, assistant secretary in the Bureau of Western Hemisphere Affairs (WHS), told Guardian Business that the solution to institutional bribery is split between possible institutional reforms through a greater emphasis on inspection and reporting along with a stronger commitment to bring cases of purported bribery to trial. Fundamental changes to current systems, she argued, are vital in instilling public confidence in the system.

“Another issue that all of us have clearly been seized with and that we have to continue to focus on is the issue of transparency and corruption in all of our agencies and in how we cooperate.

“There is no doubt that in the world of transnational crime, whether it’s smuggling of human beings, smuggling of drugs, or other kinds of contraband, there is big money and big money can suborn institutions, unfortunately, no matter where they are.”

Jacobson’s comments come after Attorney General Allyson-Maynard Gibson revealed last week that US authorities had provided her with the name of a former Bahamas Electricity Corporation (BEC) board member who allegedly accepted $325,000 in bribes from Alstom SA to secure lucrative contracts for the French power giant.

The US Department of Justice reported last year that Alstom had agreed to pay $772 million to resolve allegations that it bribed high-ranking foreign government officials for a series of projects worth $4 billion across countries including Egypt, Saudi Arabia, Indonesia and The Bahamas.

Although Maynard-Gibson did not disclose when she received the identity of the alleged official, sources have indicated that authorities involved in the bribery probe have known the name since late last year.

Although Jacobson did not comment specifically on the Alstom matter, she stressed the need to demonstrate the repercussions of transnational bribery to deter similar criminal behavior between international companies and institutions in the future. Above all else, she said, governments needed to be frank in addressing institutions vulnerable to corruption.

“It is critical that we have, all of us, the ability to follow up on cases like that to pursue them legally and frankly make an example of people including those who may be government officials or within institutions to demonstrate that there’s no impunity for that kind of behavior and to demonstrate that you ought not go down that road because you will be caught and punished.

“I think that is a commitment that all of us need to make, but frankly it is also crucial that the procedures that we use be as transparent as possible because the old saying of sunlight being the best disinfectant is true.

“The greater openness there is, the greater transparency… the less there will be a sense that things can be done in a way that’s hidden or corrupt and can be covered up after the fact,” she said.