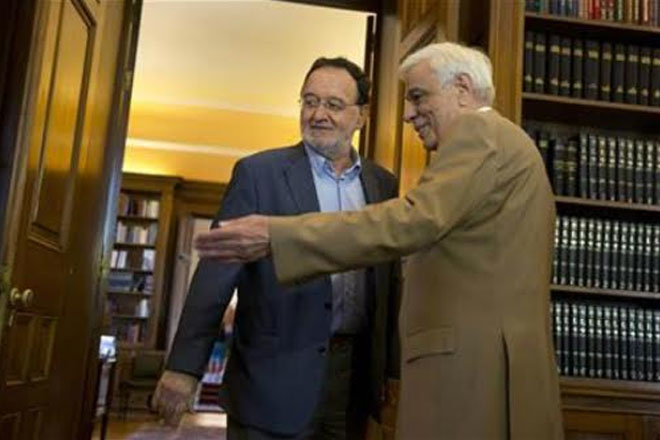 Athens, Greece (AP) — A new anti-austerity party formed by rebel lawmakers who quit the governing left-wing Syriza was given its chance Monday to seek government coalition partners and prevent Greece from holding its third national vote this year, although chances of averting the election are virtually nil.

Former Energy Minister Panagiotis Lafazanis, who heads the newly formed Popular Unity, received the maximum three-day mandate from the country’s president after the head of the main opposition conservative New Democracy failed to form a government.

Neither of the two parties was expected to find willing coalition partners, and early elections are practically guaranteed in September following the resignation of Prime Minister Alexis Tsipras last week, seven months into his four-year term. The most likely date is seen as Sept. 20.

Tsipras resigned on Thursday following a rebellion in his party over Greece’s new bailout, which saw dozens of Syriza lawmakers dissent when the deal came to a vote in Parliament.

Syriza hardliners blasted the party’s young leader for reneging on the promises which brought him to power in January elections to repeal austerity measures imposed in return for Greece’s two previous international bailouts.

Already on an election footing, the new party has become one of Tsipras’ fiercest critics.

“Some people think they can hide the consequences of the (bailout agreements) from the Greek people,” Lafazanis said, commenting on Tsipras’ decision to trigger elections, as he met with President Prokopis Pavlopoulos to receive the mandate to form a government. “This is democratic backtracking, if not an undemocratic aberration.”

Despite acknowledging it has no chance of forming a government, Popular Unity says it will keep the mandate for the full three days.

“We don’t have illusions. An anti-(bailout) government cannot be formed by this parliament,” Lafazanis said. “But we will use this mandate to show that the only thing that works toward the interest of the country and the Greek people is to have a new anti-(bailout) parliament.”

While some analysts have voiced concerns the election could derail the implementation of bailout measures Greece has signed up to, others argued it could lead to a more stable government.