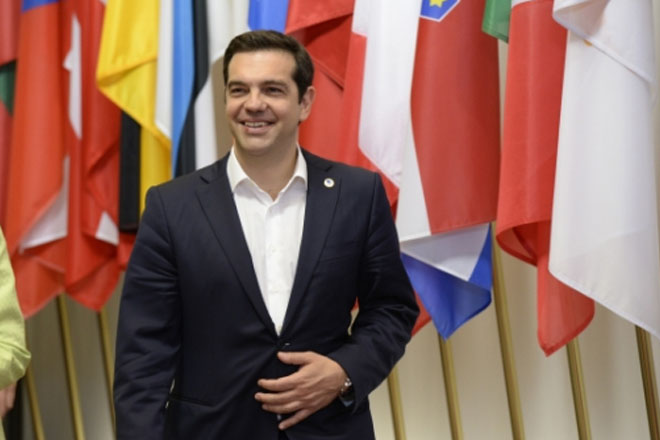 Greece vows pension, tax reforms from next week in return for loan

Athens, Greece (AFP) — Greece on Wednesday promised it would start pension and tax reforms next week, as demanded by creditors, in return for a three-year eurozone loan to drag its financial system back from the brink of collapse.

“We propose to immediately implement a set of measures as early as the beginning of next week including: tax reform related measures; pension related measures” if the loan from the European Stability Mechanism (ESM) was forthcoming, the finance ministry said in a letter to the eurozone bailout fund.

The letter, signed by new Finance Minister Euclid Tsakalotos, aimed to give Greece some breathing room to work out a new, broader bailout deal with its eurozone creditors.

It did not, however, disclose the size of the loan Greece was seeking.

The ESM was set up as a lender of last resort for eurozone states to ensure the stability of the European single currency.

Tsakalotos said in his letter he wanted to tap the ESM “to meet Greece’s debt obligations and to ensure stability of the financial system”.

He stressed that his country was “committed to a comprehensive set of reforms and measures,” specifically on the hot-button issues of pensions and taxes – both of which the creditors have demanded changes to.

The government’s room for manoeuvre, however, is restricted by Sunday’s referendum which showed Greek voters overwhelmingly opposed to further cuts under the austerity terms demanded by the creditors.

The letter did not explicitly say that Greece would cut pension spending – and especially limit access to early retirement – or raise sales tax nationwide to 23 per cent, as creditors want.

“Greece is committed to honour its financial obligations to all of its creditors in a full and timely manner,” the finance minister wrote.

Greece is teetering on the brink of financial collapse and a possible exit from the eurozone after the developments of the past two weeks.

On June 30, the last bailout programme expired and Greece failed to honour a loan repayment to the International Monetary Fund, cutting it off from further IMF credit until it settles the 1.5-billion-euro ($1.7-billion) amount.

The Greek letter underlined “the urgency of our loan request at this time given the fragility of our banking system, our shortage of available liquidity, our upcoming obligations, our build-up of internal arrears, and our expressed desire to clear our outstanding arrears with the IMF and the Bank of Greece”.

It reiterated Greece’s “commitment to remain a member of the eurozone”.