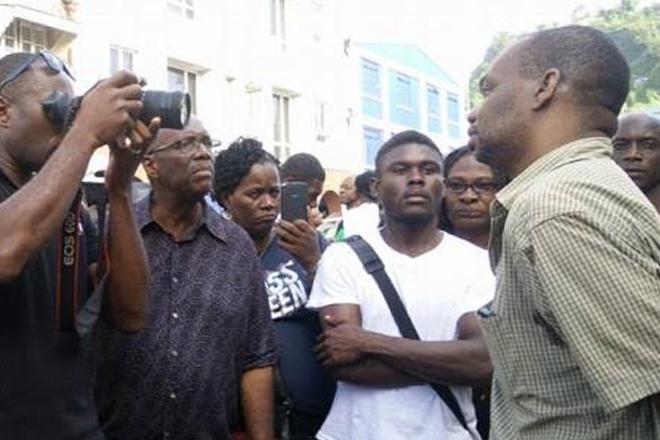 Questions are being asked regionally and internationally after Grenadian journalist Hamlet Mark was taken into custody by police while covering a public protest by supporters of the main opposition New Democratic Party (NDP) outside the Electoral Office in Kingstown, St. Vincent, on Thursday.

Mark, who runs Caribupdate News Services and is also an advisor to the Keith Mitchell government in Grenada, returned to the Kingstown protest following his release from police custody on Thursday afternoon after about six hours detention. No charges were laid against him but he was reportedly forced to listen to a police lecture regarding him damaging the ruling Unity Labour Party (ULP).

Mark is known to have made several trips to St. Vincent over the past weeks, covering the general elections and the developments that have followed, including the current protests.

The opposition NDP has accused the ULP of cheating in a number ways during and before the December 9, 2015, general elections, including giving away more than $10 million worth of government- owned building supplies to their supporters to bribe them to vote for the ULP.

Get more information at http://caribbeannewsnow.com/topstory-Grenada-journalist-arrested-in-St-Vincent-29064.html