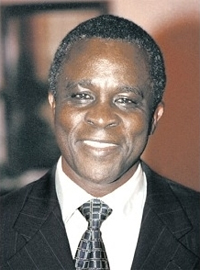 Grenada PM hails a new chapter of integration through ALBA

Grenada and St Kitts and Nevis were accepted as members during the XIII Summit of the Alliance in Havana, Cuba, on Sunday.

Mitchell delivered the keynote address to the summit.
“An integration movement that today can be considered a culture within the Caribbean and the Americas. Integration movements that are created solely to aid in the development of the region for the benefit of its peoples,” Mitchell said.

“Integration movements that seek to encourage and promote cooperation in the south that are people-oriented, rather than depend on the traditional north-south mechanisms that are not always geared towards the development of the region and its peoples — especially the poor and working class,” he said.

The Grenadian leader describes ALBA as a body designed to assist the people of the region similar to the Community of Latin American and Caribbean States (CELAC), or the Union of South American Nations (UNASUR), or MERCOSUR.

“These mechanisms provide real benefits to the peoples of the region, and so does the ALBA,” said Mitchell.

“In fact, I want to take this opportunity to applaud the ALBA for its initiative with the Food and Agriculture Organisation (FAO) in strengthening the ALBA Food Fund and the executive program to implement technical cooperation initiatives in the fields of security, nutrition and food security, and the reduction of poverty in the region,” he said.

Mitchell told the gathering that the integration initiatives in the Caribbean will be bolstered by the presence of all independent OECS countries at the ALBA table.

The prime minister said Grenada is pleased that ALBA is placing top priority on social concerns and trade matters.

“That’s why we also believe that Grenada’s right place is at this table — and now together with St Kitts and Nevis — it means that all independent Eastern Caribbean states are now full members of this body,” the Grenadian leader pointed out.

“We also believe that our application for membership was a natural extension of the co-operation we have had over the years with both Cuba and Venezuela,” he said.