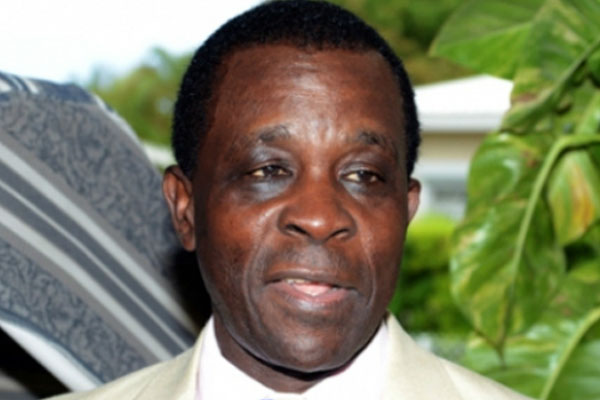 “The challenge of your role in regional development is likely second only to that of the politician. You have a tremendous burden, and you have tremendous opportunity and responsibility. The ease of which will depend on how you balance that overwhelming task,” Mitchell told delegates from across the Caribbean, the United States and China.

Mitchell said that the world has markedly changed since the CBU’s inception, and indeed, since the last decade. He said new advances in technology has forced the region to take a new look at the way business is conducted and the way Caribbean countries communicate.

He said as broadcasters, “you are charged with the public good. You have essentially signed up for public service, and with that, for all the other ills such as public pressure, and public regulation. Most of all, you have signed up to work for the public interest”.

But he warned that the public interest does not simply mean what interests the public.

“Public interests are many and varied, and you have an inescapable responsibility to serve all of those interests. Your job is to not only sell to the public but to build the public’s character and intelligence—to expand the minds of the public. You are the soul and conscience of the nation.”

Mitchell said during his 30 years in politics he has had on occasions to question the soul of some media practitioners noting “there has been one too many an occasion of carelessness in what is presented to the public as facts, with no checks and balances.

“Too often, broadcasters have an agenda to hurt someone or a group of persons, and they carelessly pursue that agenda, with no regard for the public good.”

Prime Minister Mitchell told the ceremony that while he was not here making out a case for himself, he has nonetheless seen “many instances where people, from whatever sphere of public life, have had their reputations tarnished by stories that have been crafted and published about them, without their input or verification of perceived facts”.

Mitchell said that on too many occasions media practitioners and broadcasters regard themselves as people in show business, warning “your role is to seek the truth so as to edify the minds of the very people you are called to serve; not simply to sensationalise stories for public consumption. This is not in the public’s interest.

“It is therefore under the ambit of the CBU to provide continuous training and professional support to its members, so as to safeguard against some of the “below-the-belt” practices that we have seen in the name of regional journalism.”

He said in a region in which social and economic ills and natural disasters continue to pose serious challenges to development; where regional students daily face challenges against their peers around the world and where technological advances are “our best friends and worse enemies, complacency, irresponsibility, smear campaigns against certain factions of society for the sake of propaganda is and should be unacceptable to an organization of the caliber of the CBU.

“Your industry and organization possess the most powerful voice in the Caribbean. The onus is on you to make certain that the voice is one of professionalism, leadership, truthfulness, and intelligence. We want you to adopt best practices and policies in the best interest of your media houses. That is your right. We only ask that you do it in a fair and a responsible manner.”

Mitchell, who has led responsibility for information, communication and technology within the quasi Caribbean Community (CARICOM) cabinet, said it was imperative for the CBU general assembly to reflect on innovative ways to broaden the Caribbean market, and develop areas in digital and social media.

“The world has moved in that direction and it is time that we move with it for the enhancement and competitiveness of our product. News reporting is now more dynamic than it has ever been. You have to be able to keep abreast as the stories unfold.”

He said social media and live-streaming have to become part of the agenda reminding the delegates that “media houses and reporters must accept that the public should no longer have to wait on the evening news to get the details of what happened that morning, or afternoon, for that matter.

“We must find ways to bring real stories, in real time to real people,” he said.

“The CBU is cognisant of the fact that our sector is very different than it was 45 years ago. The rapid and extreme changes in media audiences, ownership, markets, professional capacity and technology have made broadcasting a totally different sector to that of 1970,: “ she said.

She said that the CBU was undertaking work to ensure its relevance in the media sector and towards this end, members will consider a “full slate of recommendations for amendments to the By-laws to recognise and accommodate four and a half decades of radical changes without losing the thrust of the Union’s fundamental mandate, supporting the development of media and the Caribbean”.

Bolai said that the recommendations would cover issues ranging from programming rights to digital transition of broadcasting and telecommunications as well as media rights and freedoms.

“The Caribbean is once again in the cross-hairs of international attention for the way in which extra-regional content is being used by our media sector. But it is also necessary to consider the issue from regional broadcaster’s perspective, as they struggle to preserve and recover the value of indigenous content and their broadcast signals even as they cut and contrive to find ways to bring their audiences high demand and …high cost external programming,” she said.

The four-day General Assembly will discuss a number of issues including “Communication Rights and Freedoms in the Caribbean; Digital Transition- The Conversion of Broadcasting and Telecommunications as well as Programming Rights and Responsibilities –Regional and International Dimensions”.

Among the highlights if the Assembly will be the induction of two stalwart Caribbean broadcasters into the CBU Hall of Fame and the Awards Ceremony.