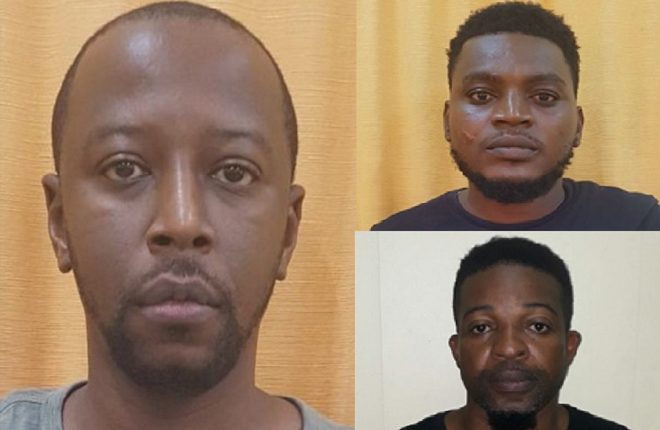 A 34-year-old politician was one of three men jointly charged with conspiracy to import and trafficking cannabis, after a compressed quantity of the illegal drug was found inside a barrel at the Maurice Bishop International Airport last Friday.

Basil Williams who contested the March 13th general elections in the St George’s North East constituency under the banner of The Progress Party (TPP); 26-year-old disc jockey Brian Charles; and 44-year-old bus driver, Branford Thomas, appeared at the St George’s Magistrate’s Court today in connection with the drugs that were discovered inside a bag of cat food during a search of a barrel, which arrived in Grenada from the United States.