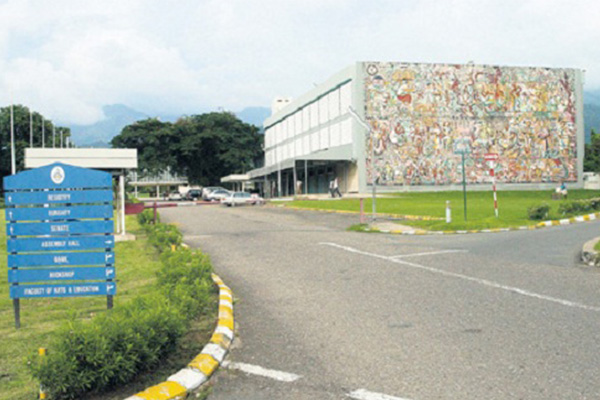 Kingston, Jamaica — The University of the West Indies chapter of Generation 2000 (G2K), the Mona Campus Youth League (MCYL) on Thursday condemned the Tuesday attack of a female student on the campus.

It described the attack on the student as “outrageous” and highlighted that it “raises serious security concerns for not just female students but the entire university community”.

“It is a bit embarrassing and ironic that only a week ago the registrar dismissed reports that pointed to issues of similar nature happening on the campus,” a release from the group said. “We are hoping that this regrettable incident will be an eye-opener and the process to getting the issues resolved will be priority for the university over the next few weeks.”

Said to be angered by news of the attack, the organisation called for those responsible for the attack to face the full brunt of the law and be used as an example for others who may have it in mind

to do something similar.

MCYL Communications Officer and Gender Studies student Ansel Pulchan argued that: “The issue of violence and in particular gender-based violence on the campus can no longer be played down and this is an opportune time for the administration to aggressively deal with the problem once and for all…

“There have been too many cases where students are gruesomely violated without proper actions been taken to ensure that there is never a repeat,” Pulchan said.

Meanwhile President of MCYL Kadian Francis is calling on the university’s administration and all stakeholders to make greater effort in ensuring that those who live on campus are safe.

“It will take the effort and commitment of all stakeholders on campus to get to a level where students can comfortably walk and feel safe without any fear of harassment. The University of the West Indies, Mona campus is supposed to be that environment where this problem should not surface, because it is the hub of higher level education in the Caribbean,” Francis insisted. “While we do recognise and encourage students to take steps to ensure their own safety, it’s really disappointing that we have found ourselves in this unfortunate situation.”

The organisation said that the first solution to the problem is the university realising and admitting that there is a problem and to use all the current available resources it has to start the process. The release stated that the UWI must do more to sensitise students of the University of the West Indies Mona Campus Security Act.