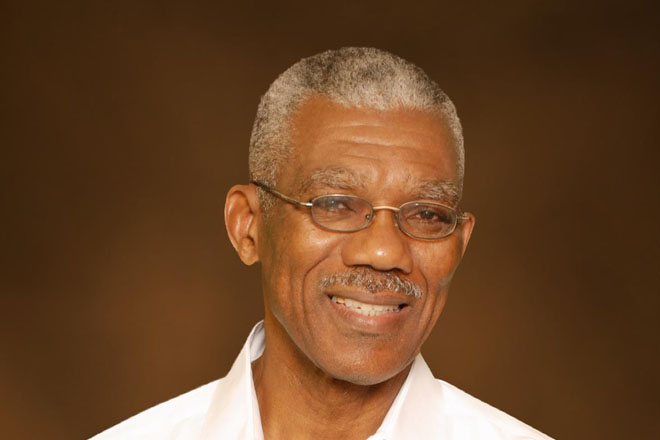 Georgetown, Guyana — Guyana’s President David Granger said on Tuesday that Venezuela had launched an “extraordinary military deployment” in the border area between the two countries.

“We have noticed during the month of September an extraordinary escalation of Venezuelan military activity in eastern Venezuela,” Granger said.

“It is a persistence of aggressive behaviour, hostile behaviour towards Guyana,” he said, adding the deployment was “mostly marine and various forms of ground forces.” He did not provide further details.

Meanwhile, the Guyana Defence Force (GDF) has taken steps to deploy additional troops and supplies to the border with Venezuela.

According to GDF Chief of Staff Brigadier Mark Phillips, the deployment on the part of Guyana is geared towards acts of aggression and incursion on Guyana’s territory.

He made the announcement at a post Cabinet press briefing on Wednesday, when announced out that troops and supplies have been sent to strategic locations.

Guyana urged its citizens along the border with Venezuela to remain alert and calm as Georgetown continues to monitor the development.

A Venezuelan foreign ministry official said there was no immediate comment.

The latest incident comes amid renewed tensions over a territorial claim that had been settled by an international arbitral award as long ago as October 1899.

However, in 1962, Venezuela unilaterally pronounced that the award was “null and void” and declared ownership over roughly two-thirds of Guyana’s territory.

In February 1966, the governments of Venezuela, Great Britain, and Guyana (then British Guiana), signed an agreement in Geneva, Switzerland, by which a bilateral commission was appointed to seek “satisfactory solutions for the practical settlement of the controversy”.

The commission was unable to fulfill its mandate largely because Venezuela declined to deal with the question of its belated rejection of the 1899 Award.

The issue has flared up again in recent months following a reportedly significant oil discovery by Exxon Mobil in Guyana’s territorial waters (now claimed by Venezuela), something that could have a huge positive effect on the country’s economy, which relies heavily on rice, gold, diamonds and bauxite.

Maduro’s critics say he is using the border issue – as well as a more recent one with Colombia – to distract voters from high inflation, a severe recession and rampant crime ahead of December’s parliamentary elections.

Granger will address the United Nations General Assembly (UNGA) in New York on September 29th and his foreign minister will be meeting with the Group of 77, the Non Aligned Movement and the Organisation of Islamic Cooperation at the sidelines of the UNGA.