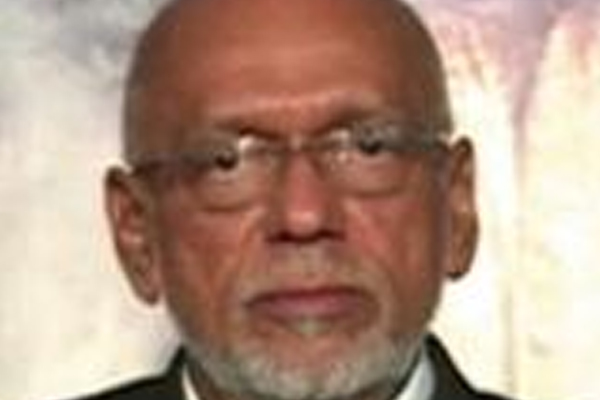 Guyana and Suriname both go to the polls in May

Georgetown, Guyana — Guyana and Suriname, both members of Caribbean Community (CARICOM), will go to the polls in May. Suriname’s President Desi Bouterse completed a successful term in office and will run again for another term. However, Guyana’s President Donald Ramotar’s term in office has been cut short by two years after the combined opposition attempted to move a vote of no-confidence against his government last November.
Ramotar instead prorogued parliament at that time to avoid certain defeat since the combined opposition parties hold a slim majority in parliament.

English-speaking Guyana will hold national and local government elections on May 11, Ramotar announced in a national address on Tuesday.

In Suriname, a former Dutch Colony, national elections will be held on May 25.

Meanwhile, the Guyana Human Rights Association (GHRA) has questioned Ramotar’s election announcement without dissolving parliament. They claim that the country is heading from one crisis to another.

Ramotar said on Tuesday that his commitment to “preserving and strengthening” Guyana’s democracy is unquestionable.

However, he explained that the inevitable must unfold, since the opposition took a posture of “sustained refusal” to engage the dialogue that the Ramotar administration was anticipating.

“In the circumstances, I hereby announce that general and regional elections will be held on Monday, 11th May 2015,” Ramotar said.

The required readiness for the elections was also addressed, when Ramotar said that he was “advised that Guyana Elections Commission (GECOM) would be in a state of readiness for these polls on that date.”

It is not certain that Ramotar will be the presidential candidate of the Indian-dominated Peoples Progressive Party (PPP), which has governed the country since 1992. However, he had made it clear that he wants to run again for office.

After facing stinging criticism by the US, Britain and Canada, as well as the European Union for suspending parliament and not holding local government elections for two decades, Ramotar announced that both local and national elections will be held in May.

The government of Guyana last week branded the UK high commissioner to Guyana a “pariah” after he called on the government to resume parliament or call national elections.

The Jagdeo/Ramotar government has been rocked by corruption scandals, spending money without the approval of parliament and threats of violence against the media. The country is also plagued by armed banditry, kidnapping and has become a global drug trafficking hub.

The PPP lost its majority in the national assembly at the last election and its popularity with its supporters of largely Indian ethnicity is dwindling. A third party, the Alliance for Change (AFC), took seven seats from the PPP at the last poll and especially from its Indian supporters.

Race-based politics and ethnic conflicts have dominated the history of Guyana. The Indian-controlled government of the PPP has been in power since 1992. Afro-Guyanese, the second largest ethnic group in Guyana, who are traditional supporters of the Partnership for National Unity (APNU), has accused the PPP government of ethnic marginalization. The APNU and AFC are now in coalition talks.

On Wednesday, the AFC said, “President Ramotar has finally buckled to criticisms that his prorogation of Parliament in the face of AFC’s no confidence motion was reckless, and had placed our parliamentary democracy in danger. The prorogation has attracted wide condemnation in Guyana, and pressures from friendly states, with indications that sanctions could follow.”

In Suriname, on the other hand, Bouterse is poised to win the upcoming election. He is a favourite among Surinamese who identify with his social development agenda. Many Surinamese agree that Bouterse is living up to the slogan of his government: “Broko a pina, tek yu gudu” — “break away from poverty by pursuing wealth”.

One taxi driver remarked, “Bouterse is working for the people — he is focusing on education, healthcare, housing and the needs of senior citizens.”

Suriname is no longer isolated like an island in South America. The country is more integrated in South America. Bouterse is popular among younger people. Many have praised his party for its multi-ethnic and multi-religious faces.

Under the Bouterse government, Suriname’s economy continues to grow and the economy is more diversified. The country has diversified its economic and political partners and has moved away from its dependency on the Netherlands.

Dubai has emerged as one of Suriname’s major trading partner under the Bouterse government.

Bouterse said last year during an interview in Colombia, “Noteworthy is that after major investments by Dubai’s DP World, Paramaribo’s port actually won the CSA Port Award three times in a row. In short, at this stage Suriname is intentionally investing in the extractive industries in order to gain returns that can be invested in the more sustainable sectors like agriculture, tourism, and services.”