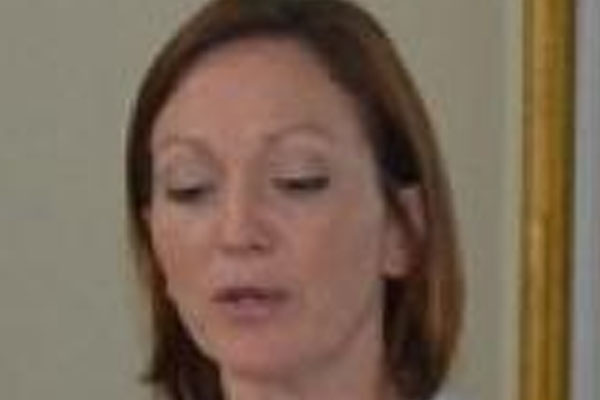 Speaking at a continued medical education (CME) session Cole noted that the ministry of health has taken on a mass preparedness approach towards the virus.

She pointed out that 1,600 medical professionals will soon commence training on dealing with the virus, and the necessary approach towards administering care to persons who have contracted the virus as opposed to those who are suspected to have it.

In addition, emphasis will be placed on safety and precautionary measures for health care providers, who may come in contact with an infected person or environment, as the Ebola virus is highly contagious and spreads rapidly through direct or indirect contact with bodily fluids.

She added that surveillance at all ports of entry including airports and shipping ports, as well as screening is being done. Further, meetings have been held to educate persons working at these points.

Cole noted that isolation capacity is ready at the airports and the largest isolation housing unit is at the GPHC.

Guyana has also moved towards establishing an action plan to deal with the deadly virus, and in this regard a wide cross section of stakeholders from various organisations had a recent meeting to discuss and establish the measures to be undertaken in order to put the plan into operation.

Ebola is a severe febrile illness that affects humans and non human primates and is often fatal. Outbreaks mainly occur primarily in Central and West Africa. The Ebola hemorrhagic virus has five species, all named after the locations where they were discovered. The 38-year old virus surfaced in 1976 in Guinea.

Ebola is transmitted to the human population through close contact with the blood, secretions, organs or other bodily fluids of infected wild animals such as infected fruit bats, chimpanzees, gorillas and monkeys.

The virus is spread through humans by direct person to person contact through broken skin or mucous membranes (eyes, nose, mouth, etc.) with the blood, secretions, organs or other body fluids of infected persons with Ebola signs and symptoms. This virus can also be spread through indirect contact with environments contaminated with such body fluids.

The virus attacks the body quickly, and causes the infected individual to be sick in as little as two days but can take up to 21 days for the symptoms to show up. Recovery takes weeks to months while deaths occur 6-14 days of the illness’ onset. According to the World Health organisation (WHO) the virus, can survive out of the body for 24 hours and up to 40-90 days in breast milk and semen after the recovery period.

Protection against the disease can be done by washing hands regularly with soap and water as they carry lots of germs that cause diseases. Direct contact with body fluids (tears, saliva, sweat, semen, vaginal fluid, blood etc) should be avoided and protective clothing such as gloves must be used when handling, stool or attending to wounds.

There is no specific treatment and no vaccine currently available for humans. However, supportive care is recommended and lamivudine, which is used to treat HIV/AIDS, is considered safe to treat the virus; however, it is too soon to determine the effectiveness of it. Pain relievers and fever medicines are also recommended.