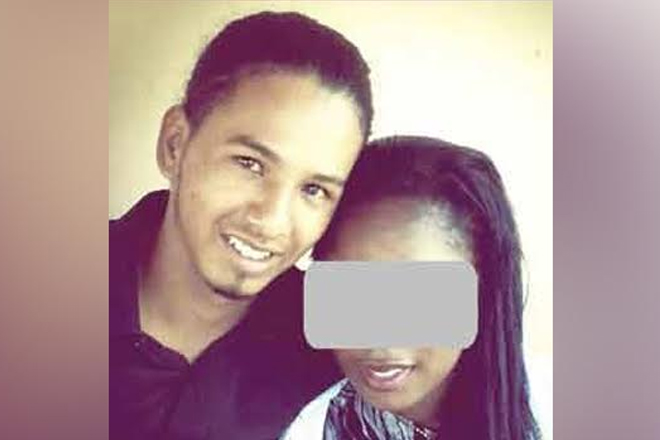 (Antigua Observer) A jealous young man took his life on Boxing Day, hours after terrorizing his teenage girlfriend and escaping from the Grove Police Station.

Lorenzo James, 21, who resided at Duncan Street and at Lot 218, Grove, East Bank Demerara, reportedly succumbed in a house in South Ruimveldt after ingesting a poisonous substance.

Earlier in the night, James, who had shared an on and off relationship with his girlfriend who is 16 years old, had gone to her home while her mother was at work.

There, he had reportedly held his girlfriend at knifepoint and subjected her to a brutal beating.

“He knocked at the door and asked to use the toilet so I let he in and then he lock the door and started to beat me after he pull out a knife and made me repeat that I must not disrespect Lorenzo and he family anymore while on my knees,” the girlfriend, with a swollen jaw and blood shot left eye recounted yesterday.

The ordeal, in which the teen was bloodied and stripped to her underwear, lasted for about 10 hours.

Reports are that on Boxing Day the young woman’s mother, a security guard in Queenstown Georgetown; telephoned her daughter who was left alone at their home.

After getting no response the mother called a taxi and headed home in tears, while expressing fears that she suspected that her daughter was in danger.

After repeated efforts to contact her daughter by phone, she reached the teen who said “mommy I love you, and this is the last time I will be able to say I love you.”

“I’m sure he was going to kill my daughter.

He used to threaten her.

He telling she in the phone tell yah mother I going to kill you today.”

The mother immediately contacted a neighbour.

However, when the neighbor checked, the house was locked and after a few shouts for the young woman the volume of the music was turned up.

The woman said her daughter had broken up with her boyfriend but that the boy was still harassing her for a relationship.

On her way home the mother stopped at the Grove Police Station to report her fears and was advised to go check on her daughter.

“When we arrived at the house it was locked up tight and the music was loud and we tried to get in but the place was locked from inside.”

The mother asked the taxi driver and another man to break the door down. “When I break open the door the girl was naked, bleeding from her face, mouth and head and the guy was in his pants alone armed with a knife,” one of the men told Kaieteur News.

“She was crying and he go to escape by running but because I look like a police I warned he that he should not run or he will make things more difficult.

“So I arrested he and took he to the Grove Police Station and the girl was given a medical form and sent to the hospital.”

The teen’s mother recalled that they left the suspect at the Grove Police Station but “yesterday afternoon a friend named Jermaine called and said that Lorenzo kill he self.”

“Is negligence of the police that make he get away and had he not killed himself he would have returned to complete his job of killing my daughter and now she is traumatised.

She get terrible injuries and she almost dead.”

The woman played a hair- raising recording in which the man is heard terrorizing her daughter while delivering what sounded like blows, even as the girl begged for her life.

The man’s home on Duncan Street his family and friends had gathered with a different story to tell.

His father, Lorenzo James senior described his son as “a deeply in love guy” who introduced the girl to him about five months ago.

“He said dad this is my girlfriend and he was very happy. She even used to come and spend time by we and he used to go by she and do the same thing too.”

He last saw his son on Christmas Eve morning at about 10:00hrs and said “We shopped on the 23rd and to me all was well.

He didn’t tell me he had any problems.”

The man’s cousin stated that as far as he is aware the two were together for four years.

“Yesterday he was so jolly that this comes as shock, they had problems couple years ago but they still used to see each other and she used to still come here and he used to go there and sleep.

They had problems because she had ah lot of men.”