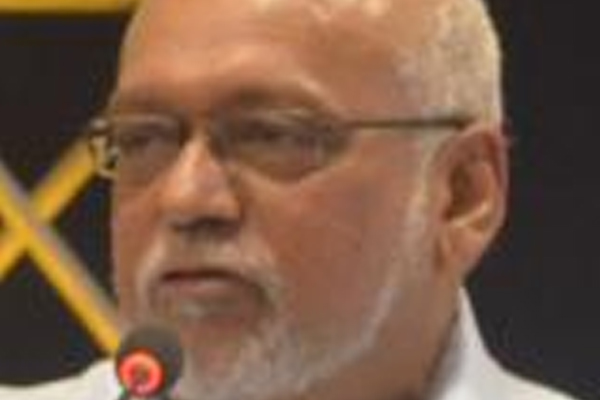 Georgetown, Guyana — President Donald Ramotar stated on Tuesday that, if the opposition proceeds with its no-confidence motion, he will respond by exercising his constitutional options to “either prorogue or dissolve Parliament, paving the way for holding of general elections” in Guyana.

He also announced that Monday, November 10, 2014, will be the date of the first post-recess sitting.

In an address to the nation, the president said, “There are those who want to divide Guyana and take us back into the past, but the future belongs to all of us, and that future we are building every day, together”.

There are other matters before the National Assembly, he added, that hold the key to Guyana’s future, including the anti-money laundering and countering the financing of terrorism legislation, telecommunications legislation, education bill and financial papers providing for expenditure of public funds for development projects.

He further announced his intention to hold local government elections in the second quarter of 2015, pending further consultations with GECOM on its preparations.