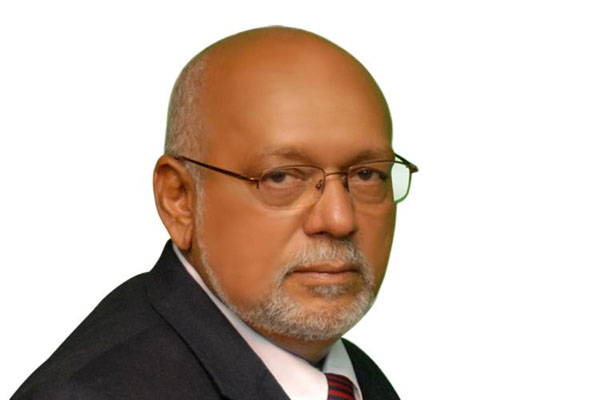 During an address to the nation, the head of state said, “I will assent to such a bill as soon as it is sent to me by the National Assembly.”

The president noted that in spite of regional, international and local voices, the opposition stubbornly refused to support the passage of a CFATF compliant Bill.

“In so doing, they have now put in danger our country’s financial system. Moreover, they have now endangered the very welfare of all of our citizens,” Ramotar said.

His announcement came on the heels of the conclusion of the 39th meeting of the CFATF held between May 26 to 29, 2014, which saw Guyana being the subject of a CFATF review, as a result of the National Assembly not passing the necessary legislation that is the AML/CFT Bill, and being referred to FATF.

The president noted that CFATF has issued a public statement informing the world that Guyana poses serious risks to the International financial system, and “they called upon the rest of the world to take measures to protect their systems from those risks”.

On the issue of the measures that will be implemented against Guyana, he said, “The measures at this stage could include the requirement of enhanced due diligence; introducing enhanced reporting mechanisms or systematic reporting of financial transactions; refusing the establishment of subsidiaries or branches or representative offices in Guyana, or otherwise taking into account the fact that the relevant financial institution is from a country that does not have adequate AML/CFT systems and limiting the business relationships or financial transactions with Guyana or persons in our country, among others.”

“A CFATF compliant bill was laid in Parliament since April 22, 2013, by the administration. Had it been passed then, Guyana would not be in this situation today. The opposition demanded that it be sent to a special select committee because they had amendments. They proposed no amendments, the government then returned the bill to Parliament in November 2013. The opposition voted it down. In December, the Bill was returned to Parliament and again the opposition demanded that it go to a special select committee for them to make amendments. They only proposed amendments in February 2014, just before a CFATF review meeting later that month,” Ramotar explained.

He also explained that a CFATF assessor (Roger Hernandez) was invited to look at the amendments, and “at a meeting held of the Special Select Committee on February 21, 2014, he expressed the view that the opposition’s amendments were not CFATF compliant. He spoke to the media and the business community and expressed the same opinion”.

The president reminded that even regional leaders had called for the legislation’s passage by the opposition, but to no avail.

“CARICOM leaders at the heads of government meeting in St Vincent urged Guyana to pass the legislation to prevent the unnecessary hardship to our people and the rest of region. Individual CARICOM leaders, the Organisation of American States, local business, labour, banking, insurance and farming communities also made several appeals to have this legislation urgently passed. The chairperson, the CEO of CFATF also visited Guyana and again urged that the CFATF compliant bill be passed. Moreover, exhortations by the diplomatic community here also pointed to the dangers and urged that we pass this bill,” he said.

Ramotar has reiterated on several occasions that government was willing to meet at any time to pass the legislation, whilst urging the political opposition not to endanger the country’s financial sector through their actions or lack thereof

Meanwhile, the CFATF is now calling on its members to consider implementing further countermeasures to protect their financial systems from the ongoing money laundering and terrorist financing risks emanating from Guyana.

Countermeasures could entail, among others, the requirement of enhanced due diligence measures; introducing enhanced reporting mechanisms or systematic reporting of financial transactions; refusing the establishment of subsidiaries or branches or representative offices in the country concerned, or otherwise taking into account the fact that the relevant financial institution is from a country that does not have adequate AML/CFT systems and limiting the business relationships or financial transactions with the identified country or persons in that country.