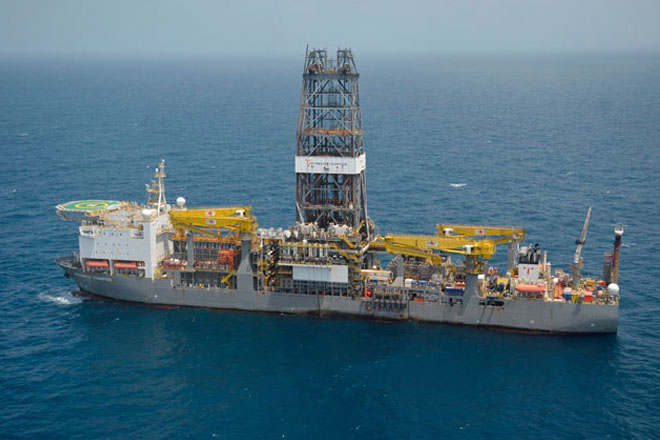 Georgetown, Guyana (GINA) — Exxon exploration well, the Liza-1 on the Stabroek Block, using the drill-ship, Deepwater Champion located approximately 120 miles offshore Guyana, has encountered hydrocarbons, according to minister of natural resources and the environment Robert Persaud during an interview reflecting on the performance of natural resources and environmental sectors.

However, he pointed out that it is too early to confirm whether there are commercial quantities of hydrocarbons, specifically light crude. Persaud revealed that a full evaluation of the results is underway from the exploration company.

Further, the minister remains optimistic of a hydrocarbon discovery of commercial quantities, which will further transform Guyana’s economy for the benefit of all Guyanese.

In the first half of 2015, Esso Exploration and Production Guyana Ltd (EEPGL) drilled an exploration well, the Liza-1 prospect, on the Stabroek Block, using the Deepwater Champion.