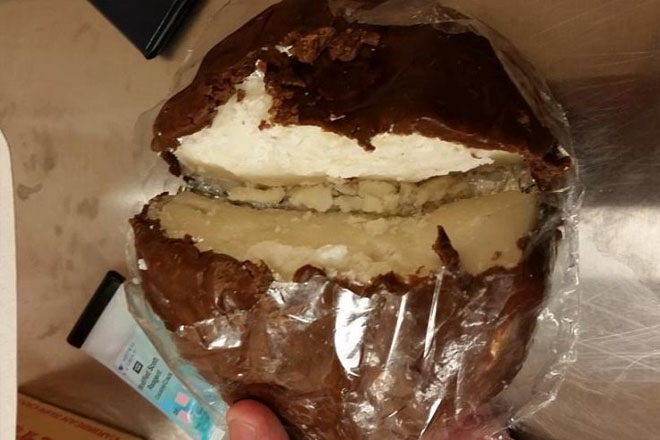 (Caribbean360) A Guyanese man is now behind bars in New York after being caught with two Tortuga rum cakes filled with $70,000 worth of cocaine.

Romel Samuels, 30, was held without bail when he appeared in court earlier on Wednesday.

He was arrested the previous day, after arriving at the John F Kennedy Airport on a JetBlue flight from Guyana, when Customs and Border Protection (CBP) officers selected him for examination and found the cakes.

When the cakes were cut, the officers found a white pasty substance inside that subsequently tested positive for cocaine. The cocaine weighed 1.5 kilos in total.

Samuels told the law enforcement officials that he was given the cakes by someone during a stopover in Trinidad and asked to take them to New York.

While he admitted that he believed the package contained something illegal, the Guyanese claimed he did not think it was drugs.