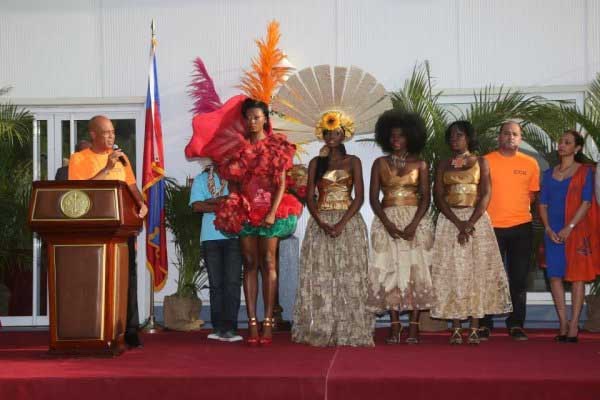 Port-Au-Prince, Haiti (HCNN) — Haitian President Michel Martelly said Haiti’s carnival is not only an adventure of popular rejoicing and competition among musical groups for best performances, but it is also an event that can bring social and economic benefits by attracting more tourists, promoting and bolstering the Caribbean country’s culture and image abroad.

As the country prepared to organize the Carnival of Flowers (Carnaval des Fleurs), Martelly explained that the event will attract a lot people from the Haitian Diaspora and other foreign communities, who will be likely to serve as Haiti’s ambassadors when they return home after spending a great time in the country.

“It will be a moment during which we can have fun and forget our frustrations and above all this event brings an economic boost for the country,” Martelly told reporters this week.

“Another asset that the carnival brings is that it attracts tourists who spend their money in the country and they become ambassadors for Haiti,” he said.

“So carnival is not only a question of people dancing and having fun and of (musical groups) competing,” he added.

Since Martelly’s inauguration in May 2011, the country has organized two carnivals a year, compared to one under past administrations.

The main and traditional carnival is organized annually at the beginning of the year and used to take place in the capital Port-au-Prince.

Martelly decided to decentralize what is considered Haiti’s biggest and most popular cultural event, the carnival – a move many thought impossible given the political cost it could trigger and the concentration of cultural, economic, logistical operators in the capital and the passion showed for the event by populations living in the metropolitan area of the capital, which include several surrounding districts, by far the most densely populated areas of a country of over ten million.

The first carnival organized under the Martelly administration was delocalized to the southern town of Les Cayes (in 2012), the second in the northern city of Cap-Haitien (in 2013) and the third one in the town of Gonaives in the Nothern Artibonite region (in 2014).

As to compensate the capital’s hundreds of thousands of carnival fans, Martelly decided to resurrect a cultural event that had sunk into oblivion for decades, “Le Carnaval des Fleurs (Carnival of Flowers)”, which is of a lesser scope compared to the main carnival.

Critics of the government led by Prime Minister Laurent Lamothe, say a poor country as Haiti should not be organizing two carnivals per year because of subsequent public expenses. However, government officials argue that the government has managed significantly to engage the business private sector in the funding of the event to reduce cost for the state treasury. They also emphasize the benefits in tourism and the revenues the event brings to the country.

Hundreds of thousands of people are expected to participate in the three-day event, which kicked off on Sunday, with the walking rara bands, musical groups on giant floats and dancing and masquerade groups parading on the predetermined carnival route in the capital.

Many will also spend the three nights on stages or platforms erected on both sides of the carnival route to watch the event, while many others will watch it live on their TV screen.