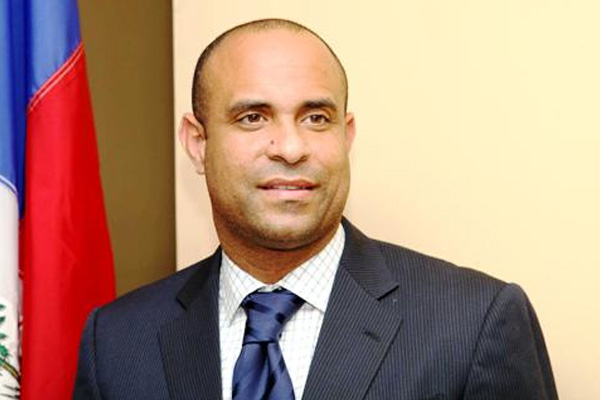 PORT-AU-PRINCE, Haiti (HCNN) — Haiti’s prime minister announced on Tuesday a series of measures to reduce government spending in an effort to further streamline the Caribbean country’s macroeconomic governance, as the International Monetary Fund commended efforts already made in that area.

Prime Minister Laurent Lamothe has instructed ministers and other public funds managers to avoid expenses that are not indispensable in order to save resources to finance more crucial projects likely to have a positive impact on the lives of the population, particularly the most vulnerable.

“I have instructed the members of the government, and particularly the minister of finance and economy to make sure that expenses are really essential before any commitments and disbursements of funds,” Lamothe told the Haitian-Caribbean News Network on Tuesday.

“The resources are very limited and we are trying to do much with little, so there is no room for any waste or unnecessary spending,” said Lamothe.

The Haitian prime minister has already prohibited ministerial departments from purchasing expensive and luxurious vehicles and, as an example, Lamothe has given up the deluxe motorcade inherited from his predecessors to opt for a more modest one, while instructing ministers to do the same.

“We cannot continue to buy the most expensive cars for government officials while we are asking other countries to help us find means to fight poverty,” Lamothe told HCNN.

Haiti’s minister of economy and finance, Marie Carmelle Jean-Marie, said the instructions received from Lamothe will be fully implemented when it comes to reducing government expenditure.

“We’ll make sure that trips abroad are absolutely necessary before providing funds and we will significantly reduce allocations for gas, food, phone communication for government functionaries, for instance,” said Jean-Marie.

The Haitian leadership has also urged ministers to furnish government offices with fittings made in Haiti when available, contrary to the widespread practices of purchasing imported furniture and equipment for public institutions.

The Office of the Haitian President Michel Martelly is only equipped and decorated with furniture and art locally made by Haitian artisans.

The International Monetary Fund (IMF) sent a mission to the Haitian capital, which made a final review of the country’s compliance with a program supported in the framework of the Extended Credit Facility (ECF), representing 50% of Haiti’s quota in the IMF, which is an amount equivalent to over $60 million, covering the period from July 2010 to August 2014.

The Department of Finance stated in a communiqué that “the results of the mission are very positive, since the mission found that in four years, the government has firmly materialized macroeconomic stability and has made significant progress in the implementation of the necessary structural reforms.”

The IMF mission, led by Di Bella, concluded that all performance criteria have been met, inflation has been largely contained to new levels, as well as the depreciation of the (Haitian) gourd, while the level of international reserves remains satisfactory and arrangements to limit risks taken, according to the communiqué issued last week.