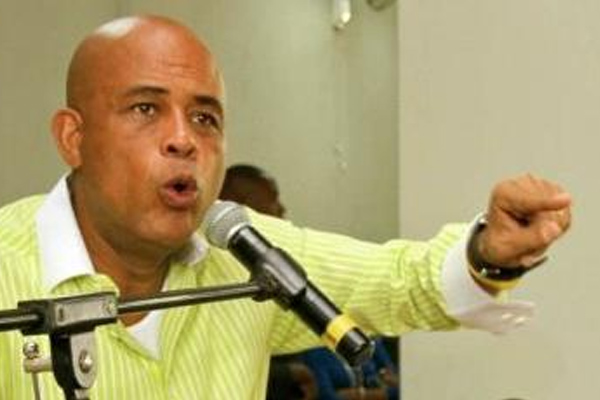 Port-Au-Prince, Haiti (HCNN) — Haiti’s President Michel Martelly confirmed on Tuesday the holding of the first round of crucial legislative elections on October 26 of this year, following a series of talks that allowed political protagonists in the Caribbean country to reach an agreement.

The spokesman for Martelly, Lucien Jura, said the Haitian leader on Tuesday signed an executive order to confirm the date of the ballot, while efforts to complete the nine-member electoral council, are being finalized.

“The first round of the elections will take place on October 26, 2014, but the date for the runoff ballot will be fixed by election authorities,” Jura told journalists on Tuesday, during a news conference.

“The elections can no longer wait. President Martelly and the executive branch have made all the concessions possible to assure all sectors,” Jura explained.

Haitian voters will be called to elect 20 of the 30-member Senate and 112 members of the Lower Chamber on October 26. However, elections for local government entities are scheduled for December 28, according to the presidential executive order.

A group of opposition senators — including Jean-Baptiste Bien-Aime, Moise Jean-Charles, Franky Exius and Steven Benoit — have been blocking efforts to facilitate the holding of the ballot, raising concern about the credibility and legality of the process.

Martelly has accused opposition groups and their leaders of fearing the verdict of the population who will freely exercise their right to vote. Many of the opposition leaders have tried through a series of protests, including some violent, to force Martelly and Prime Minister Laurent Lamothe from power.

“If there are people who don’t want this government in power, the thing is not to use violence, refuse to go to elections or try other unconstitutional maneuvers,” said Martelly in a recent public address. “Let’s go to compete in elections and let the population decide,” he said.