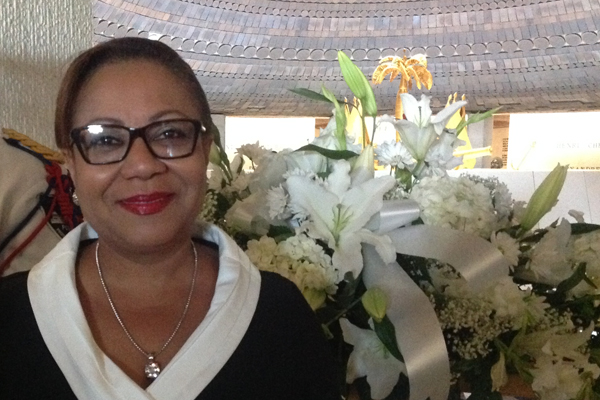 Port-au-Prince, Haiti (HCNN) — The Haitian department of public health and population has issued a formal denial of rumours appearing in some social networks to the effect that a first case of Ebola has been detected in Haiti, specifically in the area of Petite Riviere de l’Artibonite, in the northern region of the Caribbean country.

“That is totally false,” Dr Florence Guillaume, minister of public health, said in a telephone interview on Saturday with the Haitian-Caribbean News Network (HCNN).

“There are ill-intentioned people spreading such rumours,” stated Guillaume, who is also the acting prime minister, following the resignation of Laurent Lamothe as a result of political negotiations.

The ministry of health (MSPP) also released a press statement on Friday, asking the peddlers of such rumours “to preferably support the depoliticization of efforts in the health system in Haiti.”

The MSPP called on the population “to remain calm and to respect all disclosed prevention regulations while making the duty, if any were needed, to reassure everyone of the effectiveness of the vigilance system in place to reduce significantly the risk of contamination of our country.”

Ebola is an infectious and generally fatal disease marked by fever and severe internal bleeding, spread through contact with infected body fluids by a filovirus (Ebola virus), whose normal host species is unknown. Ebola has already killed several thousand people in several West African countries, such as Guinea, Liberia and Sierra Leone.

The current epidemic of the Ebola virus is the most widespread in history, according to specialists working on the disease.