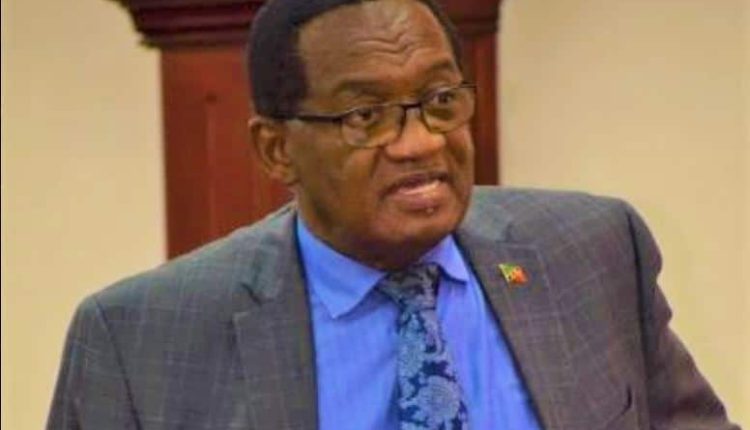 Basseterre, St. Kitts, April 25, 2022 (ZIZ Newsroom) —Parliamentary representative for Constituency #8 the Hon. Eugene Hamilton has expressed his concern over the position taken by the People’s action movement and the Concerned Citizen’s Movement to write to the Governor-General as part of their dissatisfaction with Prime Minister Dr. Hon. Timothy Harris.

Regarding the letter to the Governor-General he said “it could bring no result without a MONC. On the question of whether or not the GG can unseat the PM based on a simple extra-Parliamentary approach from anyone, such a development can be described as a palace coup.

Hamilton added that the third option of resigning from Cabinet is one which he will not contemplate and such a move may have negative effects on many persons.

He said “It does nothing to preserve the livelihood of those who will be exposed by adverse outcomes. I speak about all of the PAM dominated Boards where some derive their only income; I speak about those hundreds if not thousands who are employed and are in vulnerable disposition and can be easily removed.”

Mr. Hamilton went on to express his concern about the ultimatum to the Prime Minister, the probability of certain PAM candidates retaining their seats in the next election if they resign now, and to be mindful that voters are made up of vocal party supporters and a silent majority who is analyzing their performance and the performance of their opponents.

He said the decision of this silent majority would “make a big difference one way or the other; depending on how they interpret our performance.”