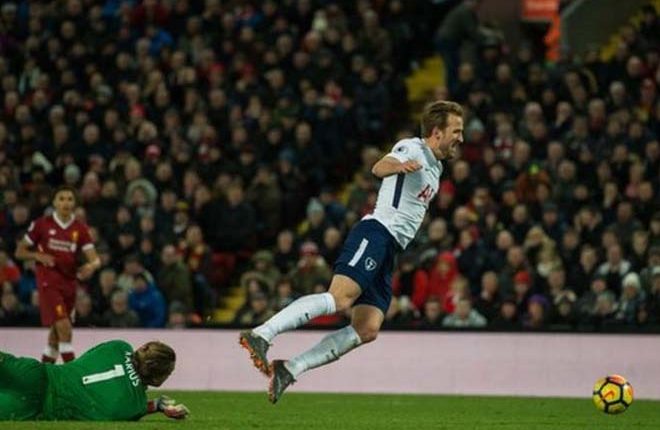 Kane was brought down six minutes from time at Anfield by goalkeeper Loris Karius, who saved the spot-kick.