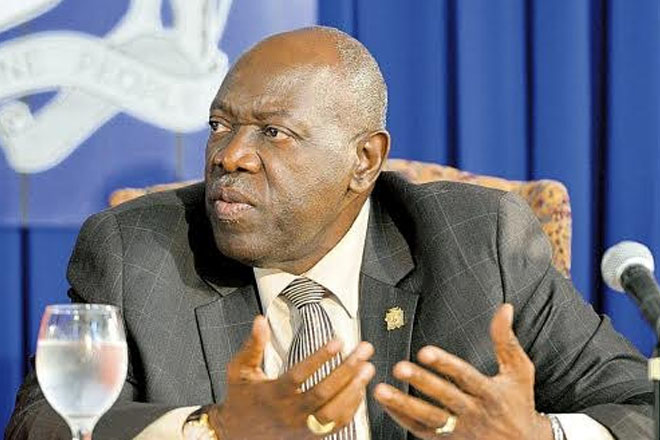 Kingston, Jamaica (JIS) — While there are no reported cases of the Zika Virus (ZikV) in the island, the Minster of Health Dr Fenton Ferguson is imploring the public to continue to be vigilant in destroying breeding sites for the Aedes Aegypti mosquito, which transmits the disease.

He said that this is especially critical during the current period of drought, as mosquito eggs can last up to a year during the dry season. When it rains, open containers with eggs then become potential breeding sites, the Minister pointed out.

He was speaking to journalists following the commissioning into service of two new elevators at the Kingston Public Hospital last Friday.

Dr Ferguson said the Health Ministry continues to call on the population to clean up their surroundings, as the Aedes Aegypti mosquito is generally found in and around homes, workplaces and places of worship.

“We still continue to ask persons, in terms of their water storage, to ensure that (containers) are properly covered and also to recognise that old tyres and open containers could also become potential breeding sites,” he said.

In May, there were confirmed cases of the ZikV in sections of Brazil, prompting the Jamaican Government to take proactive public education and clean-up measures.

Dr Ferguson said the Ministry is still alert and there is a national committee that continues to meet. He said the Ministry has been exercising a high degree of caution, considering the number of persons who travel between Jamaica and Brazil.

“One saving grace is that the same protocol that we used for dengue and chikungunya virus (ChikV) is similar for ZikV and so it is just to ensure that we deal with the mosquito breeding,” he said.

The Ministry of Health said the ZikV is similar to dengue, with symptoms including fever, joint and muscle pain, conjunctivitis, headache, weakness, rash, and swelling of the lower limbs.

The symptoms are said to be mild and short-lasting. After the bite of an infected mosquito, symptoms usually appear following the incubation period of three to 12 days and symptoms last for four to seven days. No deaths have been recorded worldwide due to the Zika virus.