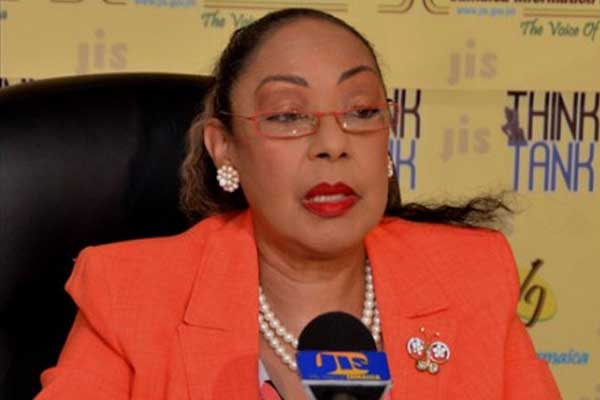 Kingston, Jamaica — The Ministry of Health says it has provided additional resources to its main hospitals in Kingston, St Andrew and St Catherine, to treat people who have been affected by the smog from the Riverton City disposal site.

Acting Chief Medical Officer, Dr Marion Bullock Ducasse, informed a press briefing at the Office of Disaster Preparedness and Emergency Management (ODPEM) in Kingston, on Sunday (March 15), that additional supplies and equipment have been provided to the Spanish Town and Kingston Public hospitals, as well as the University Hospital of the West Indies, and Bustamante Hospital for Children.

“Equipment and supplies provided include nebulizers, humidifiers, and pharmaceuticals, to deal with persons with respiratory symptoms,” Dr Ducasse said.
She also informed that five health centres were opened on Saturday (March 14), four in Kingston and St Andrew and one in Spanish Town; and two on Sunday (March 15).
Dr Ducasse further said that the Casualty Department of the National Chest Hospital is now operating on a 24-hour basis as at Saturday (March 14), noting that the institution usually opens only in the days.

“This is to allow easy access to persons who require health care,” she said.
The Acting Chief Medical Officer reported that 642 persons were treated at health care facilities between Friday (March 13) and midday Sunday (March 15), four of whom were admitted.

“I must point out that no deaths have been reported or recorded in any health facility associated with this event,” the Acting Chief Medical Officer said.

The Ministry is also responsible for air quality testing in collaboration with the National Environment and Planning Agency (NEPA), and Bullock Ducasse informed that two additional sampling sites have been established. These are located at the Jamaica Fire Brigade in Half Way Tree, and at an office on Spanish Town road.

“Both 24 hour samples were retrieved yesterday and testing for particulate matter is being conducted by the Bureau of Standards,” Dr Ducasse said, explaining that the results should be available by late Sunday (March 15) or Monday (March 16) morning.
She further noted that testing for other chemicals, such as volatile organic compound, will be done by a Canadian company and the results should be forthcoming by Wednesday or Thursday of this week.

The Acting Chief Medical Officer continues to recommend that persons, especially those with pre-existing respiratory conditions such as asthma, avoid the affected areas as much as possible or remain indoors. “Keep windows and doors closed; and cover nose and mouth with a damp rag or cloth,” she stressed.

Dr Ducasse also advised that “at the first sign of any symptoms, such as shortness of breath or any difficulty in breathing, take your medications as prescribed by your doctor and make a visit without delay.”

The Acting Chief Medical Officer assured that the Ministry continues to monitor the situation and will provide further updates.