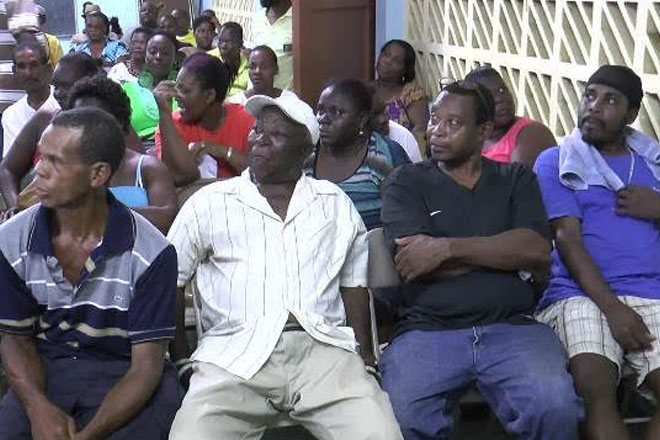 (ZIZ News) – It was a hero’s welcome for the country’s Prime Minister, Hon. Dr. Timothy Harris when he, just moments after returning to the federation from a series of business meetings in the United States, hosted a town hall for constituents in Tabernacle.

“People asked and they’re still asking where is he who has come to deliver us. Where is he from they asked. Where was he over the years they asked and I say simply to them that he was here in waiting, waiting to free the people of Constituency Seven and the people of the Federation of St. Kitts and Nevis,” Welcome said.

With thunderous applause under his voice, Dr. Welcome described the nation’s leader as a great friend and father figure for many children.

He said Dr. Harris continues to fight against significant odds.

“When he gained office some people said he couldn’t do it. They said long ago that his age was a constraint, he was too young when he first went into politics but he proved to himself and to the world that he is better than those who are older and whose days are passed,” Welcome said.