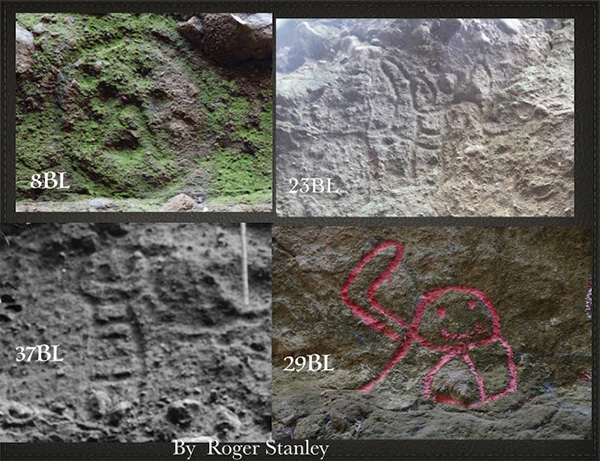 (ZIZ News) – A Photojournalist from Canada is in St. Kitts studying the rock engravings, or petroglyphs, made by the Caribs hundreds of years ago.

Roger Stanley has been documenting the historic markings and has been uncovering hidden petroglyphs along the way.

He said, “Bloody River, Bloody Point, I’ve uncovered about 50 of them that are still left on the walls of the canyon left. And the other one is West Farm on a rock down by the ocean. The last one I came across was Verchild’s up in the river there.”

Stanley added that he is fascinated by the stories these petroglyphs tell.

“This is something that the ancient Indians have left. There’s a message there and what I’m looking at is comparing them from Peru, Brazil, Guyana, right through the Caribbean. And there is a story there and I’m yet to show the people the story,” he said.

Stanley plans to compile the photographs into a book which he will present to the National Museum.