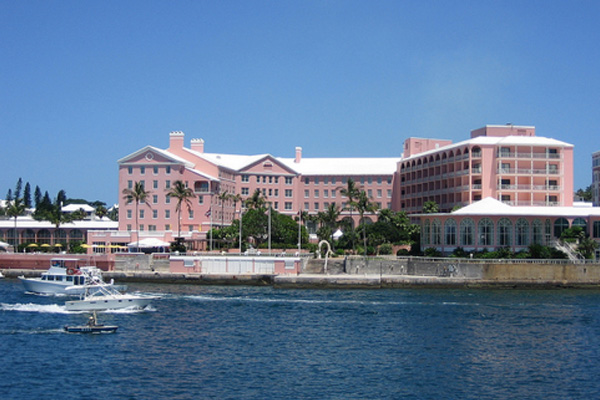 HAMILTON, Bermuda (CMC) — Bermuda’s ailing tourism industry suffered a fresh blow on Tuesday when the historic Fairmont Hamilton Princess, the island’s second largest hotel, announced it had laid off at least 10 of its workers.

Due to changes in our business needs, we are restructuring our operations. As part of this decision, I can confirm that the hotel has made redundant 10 positions,” said the hotel’s general manager, Len Czarnecki.

“Letting colleagues go is tremendously difficult at any time and I would like to thank these colleagues for their service to the hotel,” he added.

The Bermuda Industrial Union (BIU) held talks with the hotel representatives and another was scheduled for later on Tuesday.

A spokeswoman for BIU president Chris Furbert said no statement would be issued by the union to the media until it had met with the hotel workers affected.

Sources said the redundancies included managers in the hotel’s food and beverage sector and jobs linked to group convention business and conferences. Other workers made redundant included employees who work in the hotel’s bars and room service.

“You never know who’s next and the rumours are spreading that there may be more job losses to come. The general feeling around here is that we all need to watch out,” said one worker, who asked not to be named,

The hotel, the oldest in the Fairmont chain, opened its doors on January 1, 1885.

American author Mark Twain, a regular visitor to the hotel, loved to smoke cigars on the veranda and author Ian Fleming, a guest during the Second World War, is said to have used its fish tank-lined Gazebo Bar as a motif in his James Bond novel Dr No set in Jamaica.

The hotel, which has more than 400 rooms, came under British censorship during the war and was home to Allied servicemen. The basement became an intelligence centre and way station where all mail, radio and telegraphic traffic bound for Europe, the United States and the Far East were intercepted and analysed by 1,200 censors.

The hotel is now owned by Bermuda’s Green family, which embarked on a multimillion-dollar refurbishment of the property including the construction of a new marina facility.