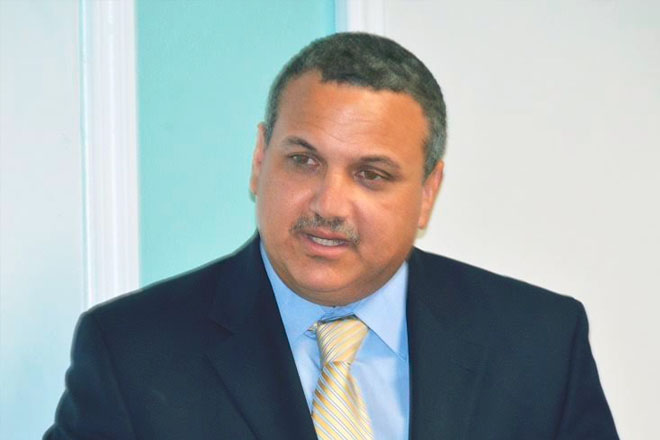 GEORGE TOWN, Grand Cayman – In an about-turn from previous statements, Cayman Islands Deputy Governor Franz Manderson has revealed that 24 kilos of cocaine and 33 kilos of ganja were stolen during a break-in at the George Town Police Station earlier this year.

Having originally denied that thieves had breached a container located in the station yard, Royal Cayman Islands Police Service (RCIPS) management admitted that it was not an attempted break-in but a burglary.

According to the Cayman News Service (CNS), the quantity of drugs stolen was revealed following a parliamentary question from Opposition Leader McKeeva Bush in the Legislative Assembly on Thursday.

The deputy governor admitted that 57 kilos of drugs had been taken, but no other items were missing as a result of the break-in.

The opposition leader said he was concerned that the RCIPS had taken the burglary “rather lightly” when it had been denied in the first instance but later exposed in the media.

“All that hiding has come to the fore and acceptance that this quantity of drugs was stolen … this is a tremendous amount of drugs that are consumed in our country,” Bush said. “What has been done about this? Has anyone been reprimanded?”

The opposition leader also noted that two local officers from the prison were sacked several years ago when drugs had been stolen there, but it seemed that no one had been held to account.

The deputy governor nevertheless maintained that the matter was being taken seriously and a full investigation was underway. Warrants had been issued, arrests made and exhibits seized, Manderson said, adding that the investigation was ongoing.

“But I have been assured by the top command, in particular the commissioner … this matter has been given top priority,” he added.

Bush went on to query how the incident could have happened, given that the container was in a secure area of the police compound.

Manderson responded that “a lot of the safeguards put in place to prevent this from happening didn’t work.” He pointed to a failure to destroy the drugs immediately after seizure, as well as alarm systems not working, which, he said, is being looked at.

“It’s a very serious incident. It’s an attack on the police and our security services,” he said.

Manderson said that he did not know who installed the security system, adding that the drugs had washed ashore and were not linked to a court case. They were supposed to be destroyed but he did not know how long they had been there, he told the Assembly.

Bernie Bush, another opposition member, questioned when action would be taken over “the catalogue of errors and mistakes that the commissioner of police has presided over, especially as in this case when he lied to the public about the missing drugs.

Manderson responded that the case was not finished and “we need the facts to come out to find out where the blame lies before anyone can take action.

“I think it is unfair to say the commissioner lied about the drugs not being stolen; that’s an operational decision when he gives out operational information.

“Sometimes you can’t tell the public everything they want to know,” he added.