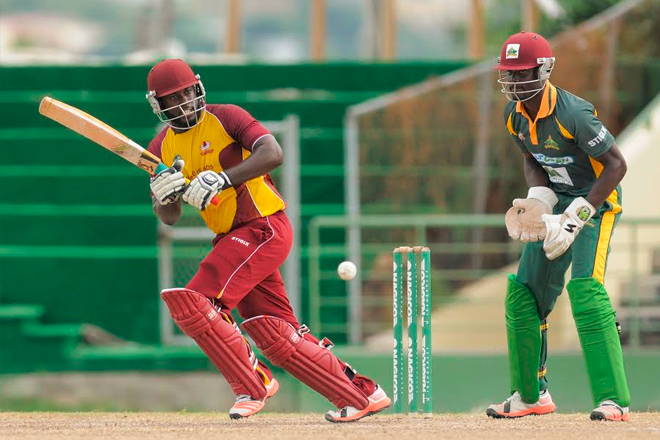 Chasing a target of 239 from 50 overs for victory, the Volcanoes scored 242 for 9 to win by a single wicket at the Warner Park Cricket Stadium.

The Volcanoes, at one point, needed as much as 69 runs from eight overs to win.

Shane Shillingford came in at number 6 and produced a quick 27.

He was well supported by Kyle Meyers, who, along with Delorn Johnson held nerves to guide the Windwards to victory.

Opener Johnson Charles led the way with 72 runs while Meyers was not out on 55.

For the Hurricanes, Jacques Taylor picked up 3 wickets for 27 in just 4 overs, while Rakheem Cornwall and Nkrumah Bonner each picked up two wickets.

“At one point, we had it in the bag. Most things in the end went wrong, I think bowling changes were wrong. The line and length that we did in training they got away from it and basically, we made too many errors in the field; vital drop catches…you not going to win game playing that poor level of cricket,” he said.

He also sought to take the blame away from Captain Jahmar Hamilton for the placement of players on the field, adding that “the position was okay because we have a certain line that we bowled to for that position, but the bowlers just didn’t bowl that line”.

The Hurricanes must now win the remainder of its matches if the team is to have a chance of advancing to the semi-finals and Coach Benjamin said his team will give a good account of itself.

“We’re going to do our best. As you see, the team played well but they’re just not accustomed to win and winning. It takes a while for guys to believe in themselves because this game was a winnable game but the guys didn’t make sure that we got it,” he said.