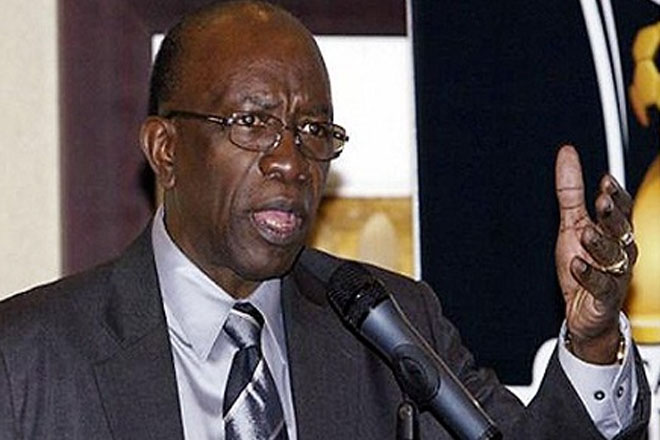 ‘I am innocent’, says Jack Warner on FIFA corruption probe

Port of Spain, Trinidad (Trinidad Express) — Political Leader of the Independent Liberal Party Jack Warner has spoken up in response to international news reports that he has been named as one of the people being sought by police in connection with corruption allegations linked to FIFA.

The following is his statement:

My attention has been drawn to certain developments in world football which started several hours ago and is at the present time still ongoing.

It has been reported that a number of FIFA officials have been arrested in Switzerland and that at least one raid conducted by the Federal Bureau of Investigators in Miami is being executed at what I presume to be CONCACAF offices.

My name is being reported by international media as being one of those persons sought in connection with the probe.

The people of Trinidad and Tobago will know that I quit FIFA and international football more than four years ago and that over the past several years I have recommitted my life to the work of improving the lot of every citizen of every creed and race in this nation. This is where I have let my bucket down.

I have fought fearlessly against all forms of injustice and corruption.

I have been afforded no due process and I have not even been questioned in this matter. I reiterate that I am innocent of any charges. I have walked away from the politics of world football to immerse myself in the improvement of lives in this country where I shall, God willing, die.

The actions of FIFA no longer concern me. I cannot help but note however that these cross- border coordinated actions come at a time when FIFA is assembled for elections to select a President who is universally disliked by the international community. At times such as this it is my experience that the large world powers typically take actions to affect world football. World football is an enormous international business.

That is no longer my concern. My sole focus at this stage of my life is on the people of Trinidad and Tobago.