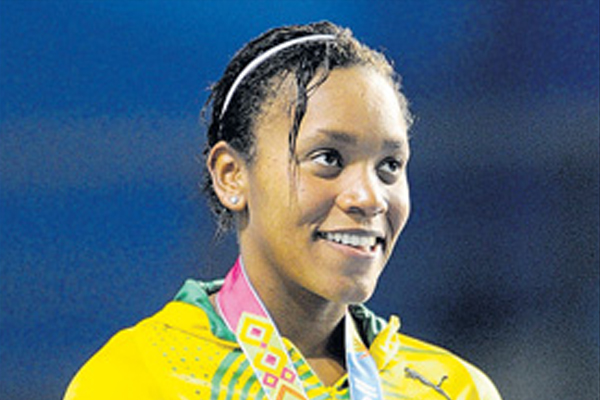 I hope my victory will break established stereotypes – Alia Atkinson

Kingston, Jamaica — Gold medallist and joint world record holder for the short course 100m breaststroke, Alia Atkinson says she hopes her victory on Saturday last in Doha, Dubai will assist in breaking the stereotype associated with non-traditional sports not only in Jamaica but across the world.

Speaking with OBSERVER ONLINE from her home in Florida this morning an elated Atkinson said: “I am very hopeful that my personal success in Dubai will ignite others, especially those in the “so called” non-traditional sports to try even harder because now they can see for themselves that significant achievements can be attained. But let me stress that it takes a lot of work, in fact very hard work, mixed with very heavy doses of patience. I have had disappointments, I have had some good results and it all came together in just over a minute in Doha. I have worked really hard for my achievement in Dubai.”

Commenting on equalling the world record, Atkinson said it is a definitely fillip and a nice addition to her resume. “I was astonished when the results came, Alia Atkinson first. For a moment or two before, I was thinking, oh no, second again like in the 50m breaststroke. But it was Alia Atkinson first and then the joy and all the other emotions associated with victory came out. It was a signal moment not only in my career and but in my life. A moment one can never ever forget.”

Atkinson has been heavily featured in the international media following her record equalling swim. She led the CNN sportscast and was featured prominently on the BBC with most media houses showing the now unforgettable smile of joy and relief when she realised she had actually won gold.

As to the response from fellow competitors and officials in Doha, Atkinson said she was truly overwhelmed.

“Yes, I received congratulations from almost everyone around at the time. Even the officials who have been with the tour for a while seemed to be even more excited,” she said.

So what’s next for the world record holder? “Now I have to take a rest. The season in over and will start again in February 2015 with the US Grand Prix races. But for now it is rest, rest and more rest,” the 25-year-old said.

Regarding sponsorship, Atkinson said she was very happy to receive sponsorship from the Sports Development Foundation which has helped immensely. She also praised Grace Kennedy for their assistance. Atkinson is a Grace Kennedy ambassador.

She, however, singled out her parents for their unwavering support. “Without my mother and father nothing would have been achieved. They have stood by me through thick and thin. There was never a doubt. They have sacrificed a lot for me, and I am forever grateful,” she said.