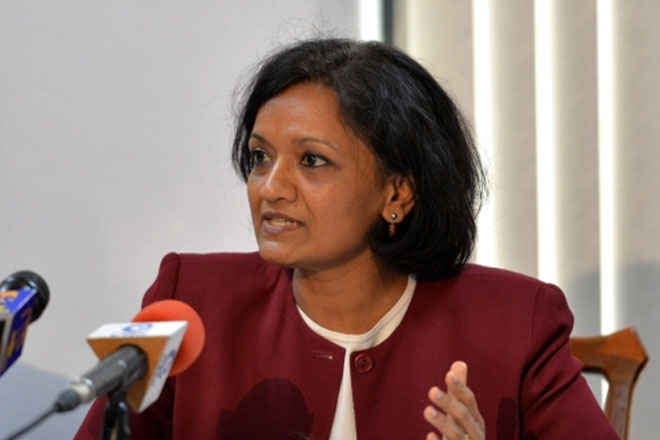 Kingston, Jamaica — The International Monetary Fund (IMF) has appointed one of its top advisors,

Dr Uma Ramakrishnan, as its new Mission Chief for Jamaica.

Dr Ramakrishnan, who served in a similar capacity in El Salvador, prior to her assignment to Jamaica, takes over from Dr Jan Kees Martijn, who was the first Mission Chief under the country’s current four-year US$932 million IMF Extended Fund Facility (EFF), which commenced in May 2013.

The new Chief, who has worked in several capacities with the IMF since joining the institution in 1998, undertook her first engagement in Jamaica, overseeing the country’s eighth quarterly programme review, between May 4 and 13, when the Mission Team visited.

Dr Ramakrishnan, who addressed the local media for the first time on Tuesday during briefing at the Ministry of Finance and Panning in Kingston to outline the review outcome, indicated that Jamaica has fulfilled all quantitative programme targets for the review period, January to March 2015, but for the 7.5 per cent primary budgetary surplus target, a key benchmark under the EFF, for fiscal year 2014/15.