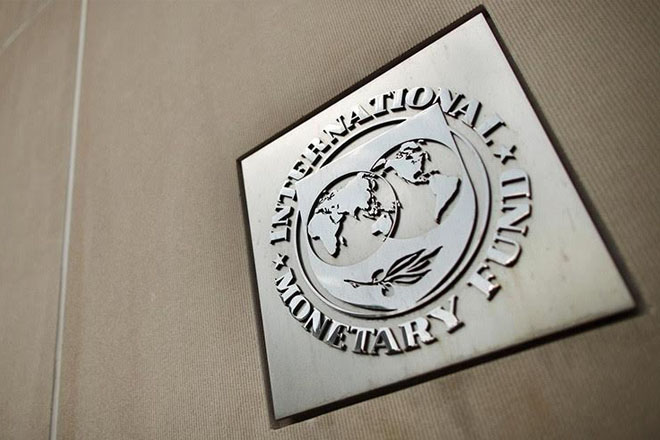 (Caribbean360) Castries, St. Lucia – The International Monetary Fund (IMF) says the St. Lucia economy is recovering and the short-term growth outlook is positive. But it has warned that the Dr. Kenny Anthony administration still needs to reduce the high public debt and improve competitiveness to improve medium-term growth prospects and reduce high unemployment.

That assessment was contained in the report of an IMF mission, led by Leo Bonato, that left the island last Friday after conducting Article IV consultations.

“On the back of strong tourism inflows and lower oil prices, the St. Lucian economy has returned to growth after experiencing a recession in 2012 and close-to-zero growth in 2013. GDP growth reached 0.5 percent in 2014 and is expected to accelerate to 1.6 per cent in 2015, driven by tourism and transportation services,” it said.

However, the IMF mission added that long-standing structural impediments weigh on economic prospects.

“The economic recovery has not yet spread to the entire economy and, according to the latest available data, the unemployment rate remains high at 25 per cent, with youth unemployment above 40 per cent. Although unemployment has increased following the global financial crisis, most of it is structural in nature and cannot be solely reduced by demand-supporting policies. Supply bottlenecks, low productivity, labour skill mismatches, and high costs limit medium-term growth prospects well below what is necessary to reduce unemployment on a durable basis.”

The team from the Washington-based institution added that high public debt remains a significant vulnerability. It currently stands at around 80 per cent of GDP – high by international standards – and the IMF noted that ever-increasing interest payments limit the budget resources available for other uses, including high-impact social and infrastructure spending.

Authorities in the Eastern Caribbean Currency Union (ECCU) member nation have therefore been advised that a sound plan to put public debt on a sustainable path should be a key priority.

“The authorities are committed to the ECCU-wide debt target of 60 per cent of GDP by 2030. Achieving this target requires a medium-term plan designed to strengthen confidence and to provide buffers for risks, including from natural disasters. In staff’s view, an adjustment of four per cent of GDP over the next four years could accomplish these objectives,” the IMF said.

“With additional revenue measures already implemented over the past few years, there is greater scope for expenditure reductions. To contain the adverse growth impact of the adjustment, savings should be found in areas other than hard infrastructure and skills attainment,” it added, noting that while the wage freeze agreement negotiated with public sector unions through 2017 is useful, continued efforts to contain wages, salaries, and benefits will be needed until the sustainability of debt is assured.

The IMF said there is also scope to achieve savings on non-targeted subsidies, social expenditures in the capital budget, transfers to statutory enterprises, utilities expenses, and by streamlining tax expenditures.

The Fund also referred to the Citizenship by Investment programme which St. Lucia expects to be a significant revenue stream.

It has advised government that if it wants to make the most of the new opportunity, it must take a prudent approach.

“Appropriate governance provisions are essential and the Citizenship by Investment Act and its associated regulations contain a number of welcome aspects in this regard. Going forward, the authorities should consider ways to minimize the risks of fiscal dependence on citizenship revenues, which can be volatile and subject to sudden stops,” it said.

“The annual cap on approved citizenship applications could be a strong device for containing these risks.”

The IMF said the revenues from the programme should be used to lower public debt or to improve growth-enhancing infrastructure.