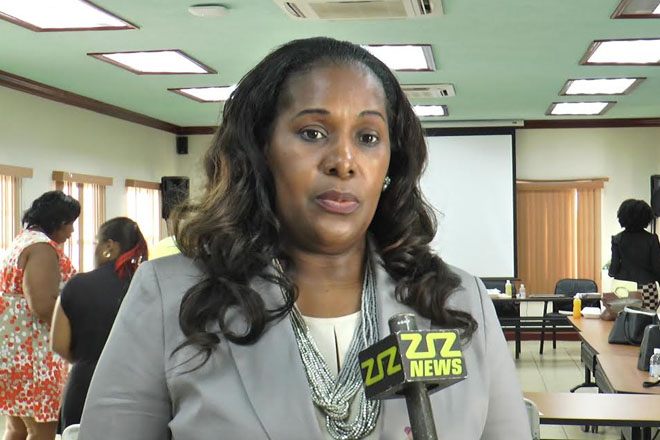 (ZIZ New) — Wednesday wrapped up a two-day workshop hosted by the Ministry of International Trade, Industry, Commerce and Consumer Affairs and the Ministry Of National Security’s Immigration department on the roles and responsibilities of the Immigration Department in implementing the obligations of the CSME and OECS Economic Union.

Director of Trade Jasmine Weekes told ZIZ News that the ministry hosted the workshop as a form of training because it is important for immigration officers to be aware of certain policies relating to the CSME.

“The Ministry of Trade is a focal point for CSME CARICOM affairs and we thought it was an ideal opportunity for us to speak with the immigration officers—it is a form of training for the immigration officers because they are the first point of contact. The freedom of movement is a critical area of the CSME and we want to make sure we are not in breach or contravention of the regime whereby we deny anybody entrance to St. Kitts and Nevis,” she said.

Consultant to the Immigration Department and facilitator at the workshop Alicia Huggins outlined the objective of the workshop stating that those objectives were met.

“The objective of the workshop is specifically designed to improve the knowledge and understanding of immigration officers when it comes to free movement and persons within CARICOM. It’s also to emphasize the critical role immigration officers are required to perform in the implementation of the CSME and also to expose of the components and principles of the arrangement,” she said.

Weekes also spoke of future plans for the ministries directly involved in policies and procedures concerning the CSME, stating, “We realise that there is a communication gap between what we do in the Ministry Of International Trade, Ministry Of National security, the immigration officers and even the Ministry Of Labour And Social Security. We each have a role to play in the relation to the movement of people so coming out of this meeting we decided that we are going to form a task force.”

She added “We will work together and meet often to amend a lot of the things that we have and bridging the gap of communication so that we all can stay in touch and in tune with what is happening and kept abreast so that will ensure that we all perform our roles more efficiently.”

30 of the Federation’s immigration officers took part in the workshop that took place at the customs and excise department conference room from 9 am to 12:30 pm daily.